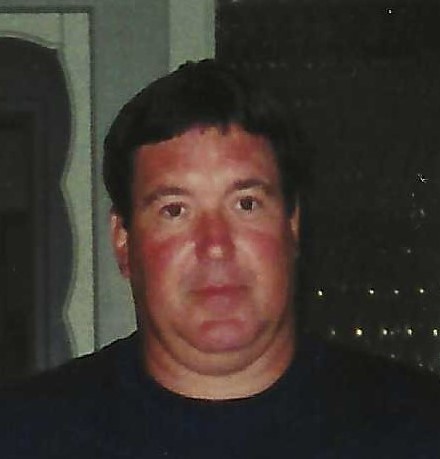 He was born on September 28, 1952 in Manitowoc, son of the late Raymond and Emogene (Tuschel) Brunner.  Russ graduated from Valders High School with the class of 1970, where he was an outstanding athlete in football, baseball and basketball.  He married Michele Cappeluti on February 26, 1993 in Boca Raton, FL.  Russ was employed by Manitowoc Engineering until relocating to Boca Raton, FL where he worked at Winn-Dixie, for 26 years. Then continued his employment at Publix for 10 years, retiring in December of 2019. Russ enjoyed spending time with his family up at the cottage on Bass Lake in Townsend, WI. He was an avid Packer, Brewer and Wisconsin Badger fan.  He enjoyed Golfing, Fishing and days at the beach.

Funeral services will be held in Boca Raton, FL at a later date.

Expressions of sympathy may be sent to family by visiting www.lendmanfh.com.

With deepest sorrow, we announce Gage Allen Pflugradt, age 14, most beloved son, brother, and family member passed away 10/19/2020. Though only 14 years old, Gage had a huge impact on the lives of people around him. Those of us who knew him well have lost a shining light in our lives. He was wise beyond his years, funny, personable, talented, and driven. He had a passion for shooting trap, skeet, and sporting clays. Gage loved the outdoors, hunting deer or birds, and fishing both open water and especially on the ice. He always stayed busy by working in the garage, tinkering with engines of all kinds, teaching himself to weld, and creating functional items (kayak hauler, coasters out of his Dad’s old fire sprinkler gauges, and modifying his bicycle just to name a few). When he couldn’t be outside, Gage liked to pass the time by playing cards, he learned how to play Pinochle at a young age so he could be a third player for mom and dad, but his favorite game was Rummy 500 because he often won! He was a hard worker who was employed at McDonald’s in Howard and Citgo in Suamico. He was a well-respected boy throughout the neighborhood that when called upon at the drop of a hat would help anyone. He always had a great story or funny joke, was always there to lighten the mood, ready for fun. Protective of his brothers and his younger cousins, he was the kind of kid that any parent could be proud of. Gage was obsessed with 4 wheelers, dirt bikes, snowmobiles, and square body trucks. One of his favorite sayings “It’s not about the miles per gallon, but the smiles per gallon!” He was really good at buying and selling ATV’s or dirt bikes without adult assistance. He owned five different vehicles in four years. He always drove a hard bargain and never compromised on his price, which was utterly amazing to us because he always came out ahead! Gage will be missed every single day by his parents, Troy and Amanda, his brothers Caden and Chase, grandparents Mary and Gary Blazer, Susan Pflugradt, and Kathleen Goman, great-grandmother Caroline Black along with several loving aunts, uncles, and cousins, and many great friends and neighbors. He will be greeted in heaven by his grandfather’s James Pflugradt and Alvin Goman, and great-grandparents Donald and Evelyn Goshaw, and Eugene Hetke.

Visitation will take place at the funeral home Wednesday October 28, 2020 from 3pm until 8pm with a prayer service at 5pm. Legacy Gathering Center is honored to assist the family, they ask that masks be worn, and social distancing be observed. 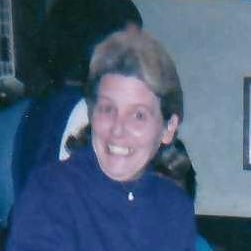 Joy Marie Marquardt, 62, Town of Gillett passed away Tuesday October 20, 2020 at her home.

Joy was born on August 2, 1958 in Albany, Georgia to the Late Joseph and Dorothy Hazen. Joy married Gary Marquardt in 1977 spending 43 years together. Joy worked in Pulaski for Bay Tek Entertainment, but if you asked, family and friends were what kept her going, happy, and proud.

Joy was preceded in death by her parents; Sister June Van Norman; and stepsister Mary Mitchell.

Kuehl Funeral Home of Gillett is honored to serve the family. The family has chosen private services for Joy. If you would like to send a condolence, please forward it to the funeral home and we will get it to the family. 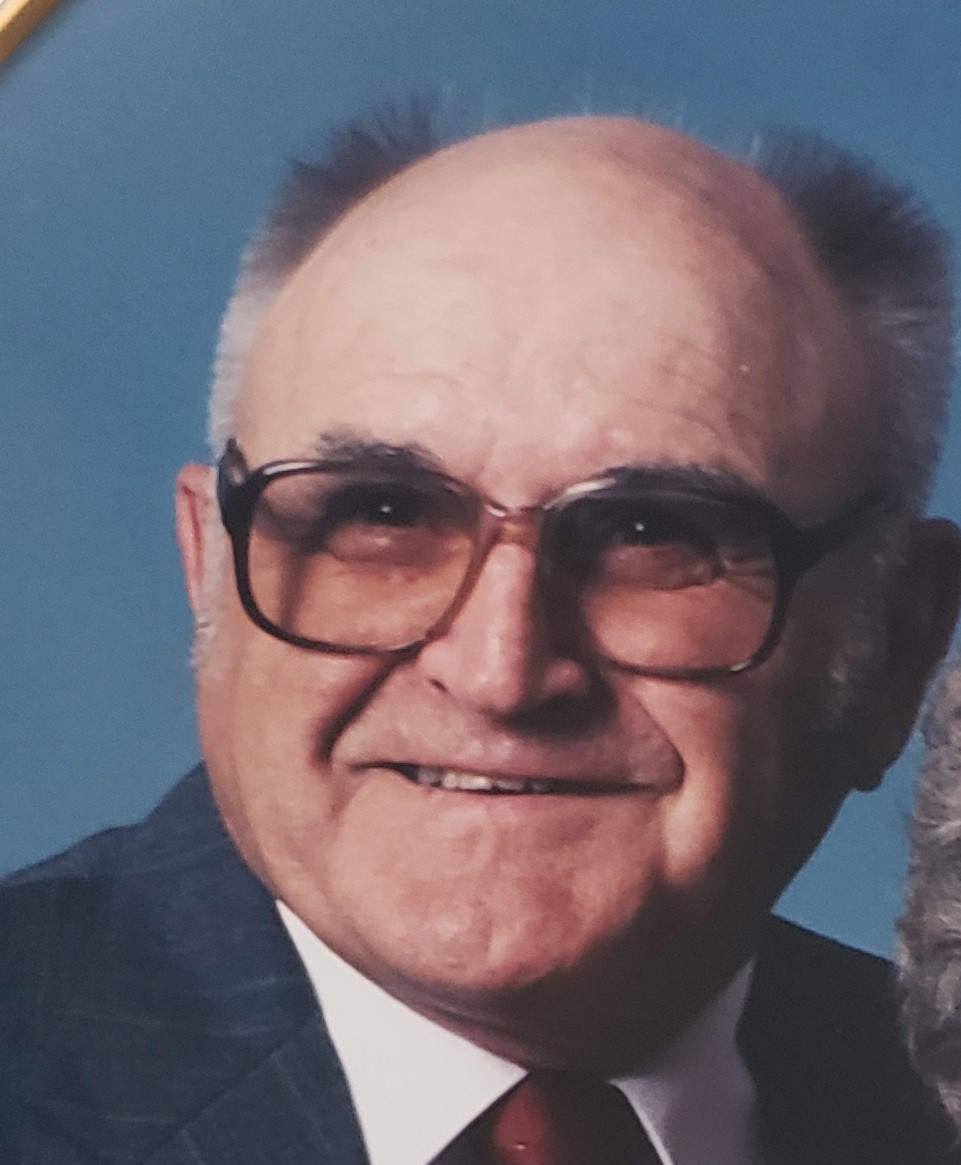 Herbert was born on August 1, 1922 in Gillett, WI to the late August & Hulda (Wendt) Sommerfeld. At a young age, his father died. Herb dropped out of 8th grade to help run the farm with his older brother Merlin, and his mom. He was fond of his school days. Took the horse & buggy to school about 3 miles, yes, uphill through the woods in deep snow with skis on the buggy in winter. He kept the horse in the little shed his dad built by the school. Lunch was in a metal pail with lid for his lard sandwiches. Herb and his brother were getting the cows for milking one evening, and their mom was in the barn and noticed a tornado coming. She yelled “There’s a tornado coming! Grab and hang on to a fence post.” The tornado went overhead, and they all stayed safe. Herb and Merlin would cut ice blocks from the Oconto River and sell them to the Gillett icehouse, their house was next to the Oconto River, so they also set trap lines to help their mom pay the bills. In his younger days, he loved to play baseball on area leagues as a catcher. He loved baseball his whole life. His favorite teams were the Detroit Tigers and the Milwaukee Brewers. When his daughter lived in Milwaukee, he went to a Brewer game every year. His favorite TV shows and movies were westerns, but also dance shows and polkas. When his wife, Elizabeth, moved back to Gillett from Cleveland OH, they met at a dance and fell in love. His brother told him they had to be married before deer hunting season started, so they married on November 17, 1945. Herb went to deer camp and he came home with the biggest deer he had ever shot. An 11 ½ point buck, that hunting continued until he was 93. Herb and Liz were happily married for 69 ½ years. Together they worked as farm hands until they were able to purchase their own farm on Sandy Corners Rd, on the Oconto River in the town of Gillett, next to the family farm where he had grown up. They farmed for 56 years and raised a family. Card games like sheepshead and schmear occupied an awful lot of time, either hosting at their house or going to other home card parties. Herb loved animals, his cows, horses, dogs, and cats. Even without seeing us, we would catch him playing with the cats and dogs like a small boy. He had a large garden, ¼ acre and a row of sweet corn in with the field corn. When he plowed and planted, his rows were perfectly straight (he had a secret). After he retired, he missed driving his tractor, so Herb could be found often mowing the lawn with his smaller garden tractor. Herb and Liz loved to travel during their retirement, taking bus trips around the country. When the Packers were on in the early years, the kids would go outside. Dad would yell at the coach, giving him plays like he could hear him. In his later years, he calmed down – but always a life-long Packer fan. He was on the Board of Directors for the Farmers Elevator Co-op of Green Valley for 11 Years. Volunteered on the Town of Gillett Fire Department for 30 years. He belonged to the Gillett Sportsmen’s Club and Trout, Ducks Unlimited, as well as trap shooting. He was an excellent bowler. His average was 280 and had to give it up because the bowling alley burned with his ball and shoes inside. Herb and Liz absolutely loved to dance together; they were so seamless that you would have thought that they were one. They were few that danced the Schottische in the area, everyone cleared the dance floor and were always dazzled. Herb loved to spend time with family and was always ready for a picnic, reunion, and gathering of friends. Everyone knew he loved to eat, Herb was a ‘Meat and Potatoes Guy’ and his favorite dessert was lemon meringue pie or chocolate chip cookie with a slice of cheddar cheese. Herb was a strong, proud, and good man. He loved his family, and when his grandchildren and great grandchildren visited, it made his day and put the twinkle back in his eyes. He is loved and will be missed by many.

Herb was proceeded in death by his wife Elizabeth, brother Merlin and his wife Marie Sommerfeld, Sister Elenora (Sommerfeld) and her husband Ralph Heaney, as well as many friends, neighbors and other family.

The family would like to thank Woodside Lutheran Home in Green Bay, WI for caring for Herb for a year-and-a-half, keeping him active, happy and content.

Kuehl Funeral Home is honored to assist the family. Services are scheduled for Wednesday, October 21,2020 at St. John’s Riverside Lutheran Church (5686 WI Hwy 32 South, Gillett, WI) with visitation from 9am – 11am, Service at 11am, Pastor Jim Athey officiating.