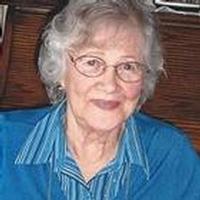 Viola Szymanski went home to her Lord March 09, 2014. Viola was born on Oct. 29, 1930 to the late Reinhold and Anita Zarling in Gillett, WI. On August 28, 1948, she married Anthony Szymanski. She spent many years as a homemaker and later went on to work for Elliott Glove Company. Viola was a member of St. John’s Lutheran Church in Gillett. She had many hobbies such as fishing, sweepstakes, crafts, cooking, listening to polka music and sometimes playing the button box. Of course none compared to the time she enjoyed spending with her family and especially the grandchildren.

Friends may call from 1 p.m. until 2 p.m. Friday, March 14, 2014 at St. John’s Lutheran Church, corner of West Main Street and North McKenzie Avenue, Gillett. Memorial services will be held at 2 p.m. Friday at the Church, with Pastor Doreen Jeffers officiating. Interment in St. John’s Lutheran Cemetery will take place a date later to be determined.