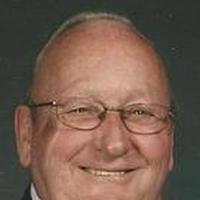 Vern worked in the Iron Foundry at Kohler Company for 37 years and retired in 1999. He was a member of the Faith United Lutheran Church and the Krause-Simpson American Legion Post 300, in Gillett. Vern enjoyed spending time with his family and his dog Maggie Mae. He liked to keep himself busy and always enjoyed working on projects outside and tinkering in the garage. He enjoyed hunting with family & friends, playing on a dart ball league with the Faith United team and took pride in helping others.

He was preceded in death by his parents, brothers: Eugene, Edward, Arthur Jr., Marvin and infant sister Barbara.

Visitation with the family is scheduled on Friday June 12, 2015 from 5 P.M.-7 P.M. at Faith United Lutheran Church, Gillett; a Funeral Service will begin at 7 P.M. with Pastor John Laatsch officiating. Visitation will continue on Saturday June 13, 2015 from 9 A.M. – 11 A.M. at Greenlawn Memorial Park, in Sheboygan; a Funeral Service will begin at 11 A.M. with Pastor John Laatsch officiating. Internment will take place on Saturday June 13, 2015 at Green Lawn Cemetery where Military Honors will be given to Vern for his service.

The family would like to extend a warm appreciation to Shawano Hosptial and Theda Clark Hospital, Neenah, for the wonderful care.