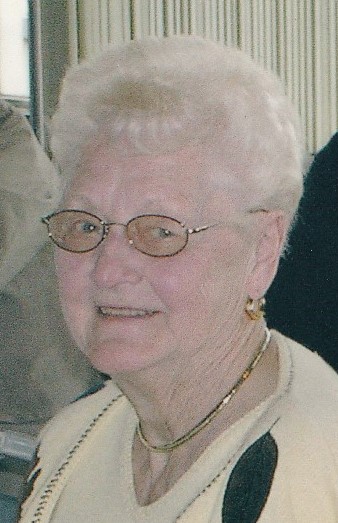 According to Shirley’s wishes, private memorial services will be held by the family.  Burial will be at Evergreen Cemetery.

Shirley was born February 7, 1930, in Manitowoc, daughter of the late Joseph J. and Elizabeth Watzka Graczyk.  Shirley was a graduate of Lincoln High School, Manitowoc, with the class of l947.  On March 31, 1951, she was married to Raleigh J. (Ozzie) Wilda at Keesler Air Force Base, Biloxi, Mississippi.  He preceded her in death on September 29, 1995.

Shirley was a 50 year employee of Manitowoc County, having been employed in various departments at the courthouse, including her tenure of 36 years as chief deputy in the Clerk of Circuit Court Office.

She retired from active employment in 1997 and continued to perform on call services as a circuit court bailiff for many years after her retirement.

She was a member of St. Francis of Assisi Catholic Church, Manitowoc, a member and past president of the Ladies Auxiliary to the Veterans of Foreign Wars, and a past officer of the past Manitowoc Women’s Bowling Association.  Shirley enjoyed traveling, golfing, bowling, gardening and a good card game.

Survivors include a son and daughter-in-law: Randy and Roxanne Wilda, Grand Rapids.   Mi,

Shirley was preceded in death by her parents and her husband; a sister, Eleanor Prahl, brothers, Norbert Graczyk, and Milton Graczyk, sister-in-law, Marion Graczyk and brothers-in-law Joe Sepnafski and Douglas Prahl.