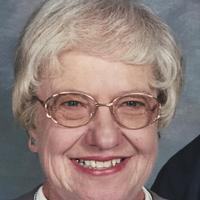 Sandra was born in Gillett on December 1, 1933. At a young age, the family relocated to Oshkosh, however Sandra kept strong ties to the Gillett area. She was married to Donald Redlin, and together they raised three children. He preceded her in death in 1982. Sandra was later married to Allan Wilke and together they made their life on Moshaquit Lake. She was a third
generation Berry Laker.

Sandra was an actively involved with the American Legion Ladies Auxiliary, the Retarded Citizens of Oshkosh and also Special Olympics. She was a devoted wife and a beloved mother and grandmother. Sandra was a founder of “Ladies of the Lake” and the “Millionaires Club” and was also a longtime member of the Underhill Sportsman’s Club. She will be sadly missed.

Sandra was preceded in death by her parents, her first husband, Donald, a brother Bruce (Claire) Husman and a sister Barbara (Dale) Stark.

Memorial visitation will be Thursday, June 1, 2017 from 9 to 10:45 AM at ST. JOHN’S LUTHERAN CHURCH (101 W. Main Street, Gillett). A funeral service will be conducted at 11 AM with Reverend Kent Wallace officiating. Final rest will be in Lake View Cemetery, Oshkosh and will be private.

The family sends special thanks to Jane Winkler as well as the staffs of Evergreen Nursing Home and ThedaCare Home Hospice.

Legacy Funeral Chapels of Gillett and Green Bay is serving the family.