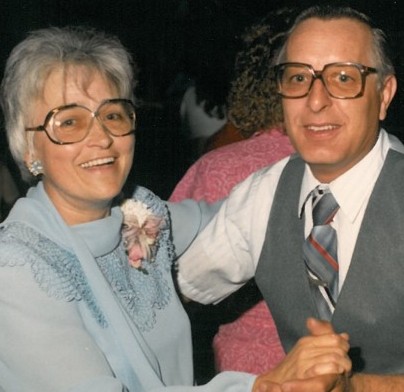 Ruth was born in Oconto Falls on April 7, 1938, a daughter of the late John and Veteline (Osmon) Fabry. She attended local schools and was a 1956 graduate of Oconto Falls High School. In 1959, Ruth met her future husband, Gale, while roller skating at Kelly Lake Roller Rink Casino, now known as the Holiday Inn. They were married at Immanuel Lutheran Church in Gillett and together they raised three sons.

Ruth and Gale lived briefly in California, Gillett and then Chicago where she worked as a beautician, then later moved to Ashwaubenon. She worked as a clerk for the Milwaukee Railroad for 10 years and also served as the Union’s secretary.

In 1980 the family settled in Oconto Falls. The family later owned the Strike Zone Bowling Alley restaurant in Coleman and then farmed veal outside of Peshtigo. In earlier years, Ruth was an active den mother of the Cub Scouts and Boy Scouts and taught herself to play the organ. She enjoyed knitting, bowling and the outdoors, however, her greatest love was for her family. She loved visits from her children, grandchildren and great grandchildren and avidly attended their sporting events.

Ruth was preceded in death by her parents, her husband Gale on February 2, 2016 and her sister Esther Koltz.

The family sends special thanks to Nick Theisen, Almost Family, as well as the staff of Unity Hospice for their care of Ruth.

A joint memorial visitation for Ruth and Gale will be held on Saturday, September 16, 2017 from 11 to 12:45 PM at LEGACY FUNERAL CHAPELS (108 East Main Street, Gillett, WI 54124).  A joint memorial service will follow in the funeral home at 1 PM with the Reverend John V. Laatsch officiating. Gale will receive full military honors at the conclusion of the memorial service. Final rest will be private.

Get Directions on Google Maps