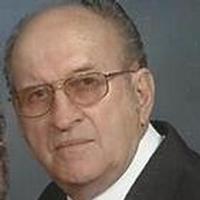 Roger Erickson, 83, Gillett, passed away with his family by his side Friday, April 4, 2014. He was born on October 22, 1930 to the late Carl and Cora (Beilfus) Erickson. At the age of 17 Roger joined the United States Army during the Korean War. He proudly served his country and in the process received a bronze star. He was honorably discharged in May of 1952 and ready to start a family. Roger dedicated the rest of his life to his family and work. He spent 40 plus years as a butcher in Milwaukee. After retiring, he moved to Gillett and worked at the meat packing plant. On February 16, 1952, Roger married the love of his life Marion (Paulson) Erickson and spent the next 62 years more than happily married. They were wed at Bethel Lutheran Church, where he would spend the rest of his life serving god and his church. He filled many roles and wore many hats in the church over the course of his lifetime. Along the way, as their love grew the Erickson family began to expand also. He is survived by his wife, Marion, three daughters; Mary Ann (Dan) Zelinski, Beverly (Howard) Tatro, Debra (Jeff) Westover, three brothers; Matt (Lou), Don (Sharon), and Dale Erickson, two sisters June Evensen and Beverly Ullmer. He is further survived by five grandchildren; Jason, Mandy, Mary, Christopher, and Rachel; and five great-grandchildren; Matthew, Hailey, Macy, Morgan, and Miley, four brother-in-laws; Bobby (Bernice), Roger (Susie), Dale (Bonnie), and John (Sally) Paulson, five sister-in-laws; Jean Soper, Carol (Gary) Williamson, Sharon Trepanier, Susie (Arnie) Jeske, and Theresa Paulson, a dear friend; Mario Morell and many other relatives and close friends.

Friends may call from 3 P.M. until 7 P.M. Tuesday April 8, 2014 at Kuehl Funeral Home, 108 E. Main St. Gillett. Visitation will resume on Wednesday April 9, 2014 at Bethel Lutheran Church from 9 A.M. until 11 A.M. The funeral service will begin at 11 A.M. with Pastor Bill Gruenstern officiating. There will be a luncheon to follow.