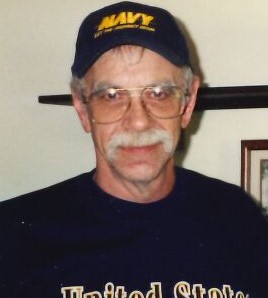 Richard Harold “Dick” Trever, 66, Town of Underhill, passed away unexpectedly at his home on April 30, 2019.

He was born August 16, 1952 to Harold and Nellie (Christensen) Trever. Dick attended Suring schools and graduated in 1970. He received a degree in auto mechanics from NWTC and spent the rest of his life fixing everything from cars to tractors to computers to the people he loved. Dick was the parts manager at Farmers Implement in Shawano until it closed. He then opened his own repair business, Sand Rapids Equipment, in 1987 and ran that until his death.

Dick married Elizabeth Verhoven on May 27, 2000 and together they loved all their children and grandchildren. He also taught small engine repair at Gillett High School in the early 2000s. Dick enjoyed sudoku, nature walks, watching Jeopardy, stock car races, and giving his grandchildren nicknames. Richard loved his family above all else, and his faith in God was an inspiration to all who knew him.

Dick was preceded in death by his parents, his brother Donald, and his brother-in-law Ralph Hansen.

Memorial visitation will be Friday, May 3, 2019 from 5 to 7 PM at MAPLE VALLEY COMMUNITY CHURCH (8992 County HWY Z, Suring, WI 54174).  A funeral service will follow at 7 PM with Pastor William “Bill” Krauss officiating.  Final rest will be private.

The family would like to thank the Gillett Area Ambulance and ThedaCare Medical Center-Shawano for the care they gave to Richard and his family.  Special thanks also to officer Woodke of the Oconto County Sheriff’s Department for his support.

For those wishing, memorials are appreciated to the family.