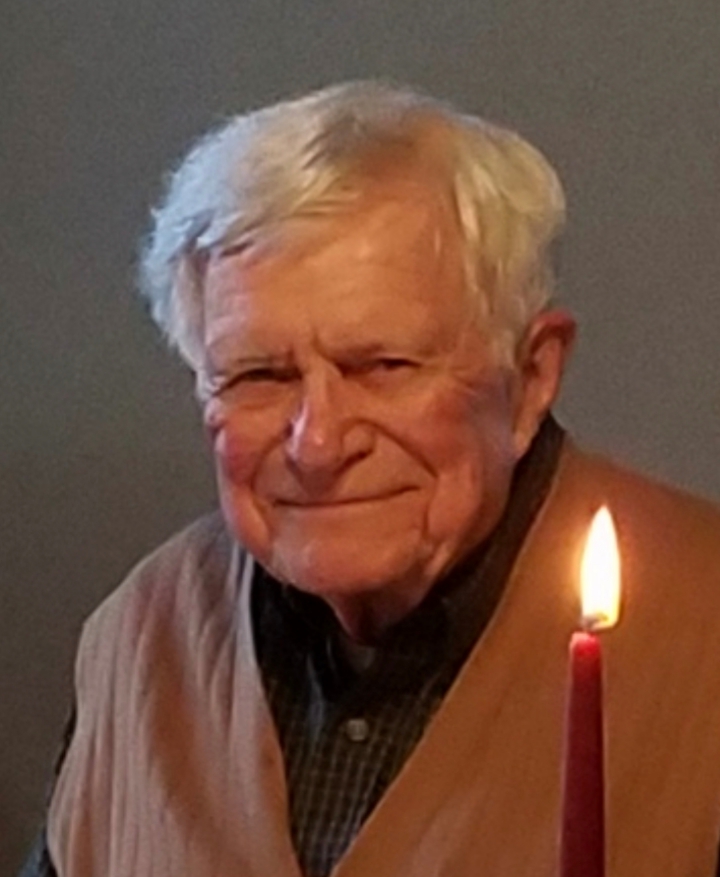 On February 16, 2020, Rawson Steele Price died comfortably with his family at his side at ThedaCare Medical Center in Shawano, WI at age 85.
Rawson was born on January 4, 1935 in Berkeley CA to Jay and Eunice (Steele) Price. He graduated from Wauwatosa High School (Wisconsin), participated in Army ROTC, and received his bachelor’s degree in business from the University of Wisconsin in 1957. He met his wife, Mary Lenz, at UW on a blind date and they married February 1, 1958.
He began his career at University Bank of Minneapolis and eventually spent the majority of his career at Citizens Bank in Sheboygan that was later acquired by several other banks, ending with Wells Fargo. Near the end of his professional career, Rawson moved his family to Gillett, WI where he has called home ever since. He retired from Wells Fargo Bank in 1996 at age 62.
After retirement from Wells Fargo, Rawson continued his service to the community, along with his wife Mary, donating their time, talent, and treasure to numerous organizations including the Green Bay Botanical Garden, Gillett Public Library, the Gillett Civic Club, and the American Association of Retired Persons helping seniors prepare their taxes. But life was not all work for Rawson. He was an avid Badger fan attending nearly every home football game along with Alumni Association-sponsored travel games overseas. They also enjoyed summers in Three Lakes, WI with family and extensive travel nationally.
Rawson was preceded in death by his father, Jay senior; his mother Eunice (Steele); his brother, Jay Price junior; and his brother-in-law Larry Wright. He is survived by his wife Mary Price and their two children Tom (Heather Jackert) and Shelly (Alan Scimeca); grandchildren Lain, Matt, and Danny; sister Pricilla Wright (Larry) and their three children; brother-in-law, Robert Lenz; sister-in-law, Martha Lenz and her two children; and numerous nieces and nephews.
Visitation will be from 1:00pm until the time of funeral service at 3:00pm at Kuehl Funeral Home, 108 E. Main Street, Gillett, WI 54124 on Saturday, February 22, 2020. A reception for his memory will immediately follow at the Gillett Community Center located near the funeral home. In lieu of flowers, donations can be made in Rawson’s name to Friends of the Gillett Public Library (http://www.gillettpubliclibrary.com/friends-of-the-gpl.html) and Green Bay Botanical Garden (https://gbbg.org/).