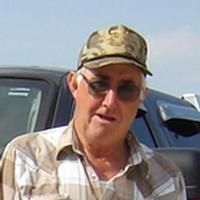 He was born July 27th 1939, in the town Oconto Falls to Carl and Evelyn (Nass) Zippel.
Philip went to grade school at the North Branch until entering High School in Gillett. He went to work for his family’s earth moving company (Zippel Construction Incorporated) at the age of 16, until he became ill June of 2016.

He married LaVerne (Tiegs) in November of 1960. Together they had one son, Todd. LaVerne preceded him in death in 2012.

Philip had one hobby in life, and that was working. He actually enjoyed it, and an “occasional” Miller High Life. Philip and LaVerne raised beef cattle for many years on their farm; he enjoyed logging on their property in the slow times of the winter making firewood. He was skilled in the operation of earthmovers, excavators, and dozers, with his choice of brand being the Caterpillar.

After his father’s passing, he and his brothers Everett and Gaylord continued operation of the company until the time of his illness.

The family would like to thank Atrium of Oconto Falls, and Unity Hospice.

At Philip’s request, all services will be private. Final rest will be in Wanderer’s Rest Cemetery.

For more information, or to leave an on-line condolence, please visit KuehlFuneralHome.com