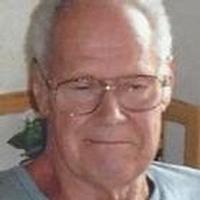 Norman C. Paulson, age 81, went to be with the Lord after fighting a long battle with Multiple Myeloma. He was born in the town of Green Valley, Shawano County, on April 11, 1931 to the late Carl & Elenore (Nass) Paulson. He attended schools in the Gillett area. As a young man he started working on the Engebretson Farms. After working with the Engebretson Farms for a short time Norman joined the Army. He was among the first troops that hit the Yalu River, and one of the first troops to leave Korea. After completing his time in the service he met the love of his life, Theresa Henn, at the old Green Valley Ballroom and it was love at first sight. That love lasted close to 60 years. They were married in 1953 in Green Bay, WI.

Norman and Theresa had three children together; Cynthia Kirschling, Sycamore, Illinois, Ellen Dacquisto, Greendale, Wisconsin, and Dennis Paulson, Gillett. Four grandchildren; Kyle Kirschling, New York, Alexia Kirschling, Colorado, Daniel Dacquisto, Greendale, and Ryan Dacquisto, Florida. He was employed at Liebman Packing Company for approximately nine years. In 1960 he moved to Pulcifer when he purchased Paulson’s Bar. He lived there for 18 years and then moved to Gillett and worked at various places. He is further survived by two brother-in-laws, Frank (Joann) Henn, Oneida; and Don Storzer of Adairsville, Georgia; as well as one sister-in-law, Marlene (Neil) Hansen.

Norman spent many of his retirement hours riding his bike around town. He had the body of a great swimmer. He would take his children across the street in Pulcifer to teach them to swim in the Oconto River where they spent many hours of fun. He saved two women from drowning in the Oconto River on two separate occasions. He loved watching the Packers and was a huge baseball fan and was quite the pitcher himself. He would admonish his three children for feeding their dog, Peanuts, under the table. Then he was caught feeding the dog under the table himself. He was very proud of his siblings; Marion (Roger) Erickson, Gillett, Robert (Bernice) Paulson, Oconto Falls, Roger (Sue) Paulson, Gillett, Jean (Paulson) Soper, Pulcifer, Dale (Bonnie) Paulson, Carol (Gary) Williamson, New London, Sharon (Paulson) Trepanier, Bonduel, John (Sally) Paulson, and Susan (Arnie) Jeske, Abrams.

He was preceded in death by his parents Carl & Elenore (Nass) Paulson, an infant brother, Brother Steve Paulson; and one brother-in-law, Wayne Trepanier. He enjoyed the many trips they took to Florida, Georgia, Yellowstone, and especially the Grand Canyon where they ended up sleeping in the car underneath the stars because they couldn’t find a room. At 6’4” he was everyone’s big brother and all looked up to him. As the oldest of 11 children he always claimed he had the final vote. Friends may call from 9-11 A.M. Saturday, Mar. 2, at St. John’s Catholic Church in Gillett. Funeral mass will begin at 11 A.M. with Father Dean Dombroski officiating. A luncheon will be held following the services at St. John’s Catholic Church. Kuehl Funeral Home (920)855-2144 will assist the family.