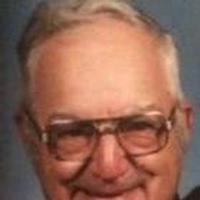 Michael “Mike” Pawlak, 98, of Gillett died on February 5, 2015. He was born on July 21, 1916 in the town of Spruce to the late Stanley and Josephine (Klimczak) Pawlak. Mike was a member of St. John’s Catholic Church in Gillett and Knights of Columbus. He met his wife, Carol Alberts, and they were united in marriage on February 19, 1944 at St. Joseph’s Catholic Church in Green Bay. She preceded him in death on September 3, 2008. Mike was employed as a Baker in Green Bay, Milk Truck Driver, Carpenter and retiring from Gillett Cement as a Truck Driver. He enjoyed fishing, hunting, camping, and playing cards, specifically Sheephead. Mike loved to garden, he was very proud of what he could grow. Mike was known to be a good cook and carpenter.

Michael is preceded in death by his wife, daughter-in-law Rebecca Pawlak, 6 brothers and 5 sisters.