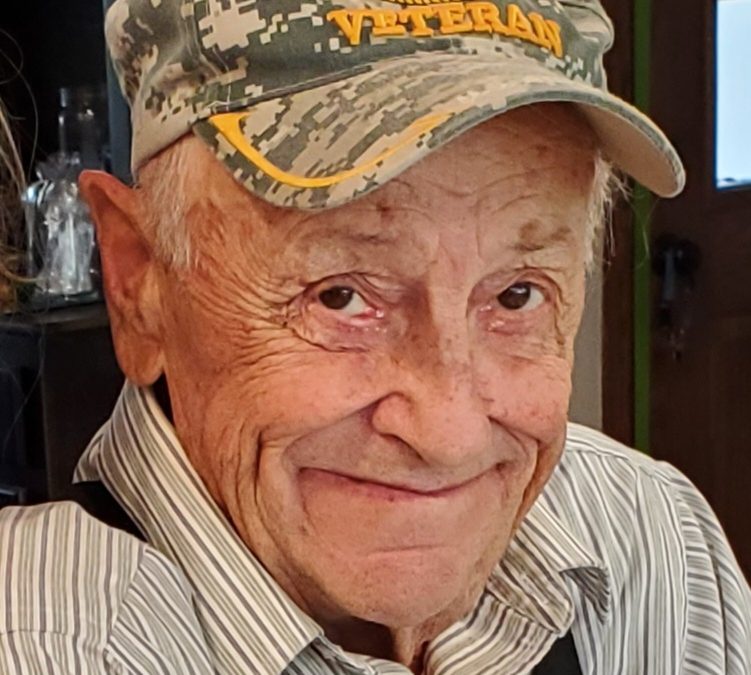 Melvin John Satori, 86, a resident of Manitowoc, died peacefully, surrounded by his family on September 29, 2022 at Bellin Hospital in Green Bay.

Melvin was born on Aug. 22, 1936 in Manitowoc, WI, son of the late John and Gertrude Meyer Satori. He graduated from Lincoln High School in 1954.

On January 6, 1961, Melvin married Helen Satori in Attalla, Alabama. Together, they had three children – Ellen, Steven and Gwen.

Mel was an avid outdoorsman and could always be found either in his shed tinkering with whatever needed to be fixed next, or chopping wood out back behind his barn. He loved taking trips out to his second home in North Dakota where he enjoyed hunting, fishing and helping his friends out with their welding projects.

Mel was proud of his family, especially his grandchildren and great grandchildren. His eyes always glistened when he would tell them one of his “stories” and loved to tease them. Papa was known for his many voices he created for his stories as well as his endless “Mel-isms”. One of the grandkids’ favorite summer traditions with Papa was when he would take them all berry picking.

Mel was a proud veteran of the United States Army. He was drafted in 1959 at the age of 23 and served 6 years in the Chemical Corp. He was recognized by the army for his astounding service and was honored with Expert Rifle, Sharpshooter (Carbine), Driver’s Badge, and the Good Conduct Medal. He was seen as a natural leader and was quickly promoted to being a Chemical Corp Instructor and was a Corporal. If you ever ran into Mel, you likely saw him wearing one of his many US Army Veteran caps along with his suspenders.

Following Mel’s military service, he began working as an Iron Worker for Iron Worker’s Local 8 for 37 years where he retired at the age of 64. He worked on countless projects but most notably – Lambeau Field, Point Beach and Kewaunee Nuclear Plants as well as all of the foundries and paper mills in the upper Fox Valley. His grandkids always liked going to visit his projects and seeing him wave to them from a beam of iron high up in the sky. Not only working full time as an Iron Worker, he also farmed and raised Herefords.

Melvin was preceded in death by his wife Helen, one infant daughter, three siblings, Janice Lensmeyer, Marlene Gill and Jerald Satori; his parents John and Gertrude Satori; his father-in-law and mother-in-law, John and Edna Lambert.

The family will greet relatives and friends for a memorial visitation from 4:00 PM until 6:00 PM on Friday October 7, 2022 at The Lendman Funeral Home, Manitowoc.  A private family service will be held at a later date.

The family of Melvin Satori would like to extend their sincerest thanks to the doctors, nurses and care team at Bellin Hospital in Green Bay for their astounding service and kindness they provided to him.

The Lendman Funeral Home & Gathering Center of Manitowoc is assisting the family with funeral arrangements.