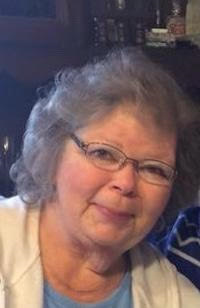 Mary Ann Schelk, 72, passed away on Sunday, December 29, 2019, surrounded by family. Born September 21, 1947, in Oconto Falls, Wisconsin, to the late Herman and Laverne (Colson) Gandt. Mary Ann grew up in Gillett and graduated from Gillett High School in 1966. She was also a member of St. John’s Lutheran Church of Gillett.
She married Marvin Schelk on August 25, 1967. He proceeded her in death in October of 1994.
She is survived by her companion Leonard Schroeder, her brothers, Herman (Wendy) Gandt and Richard (Kari) Gandt, both of Gillett. Her sisters, Helen Raddant of Shawano, Sally Werner of Greenbrier, Tennessee and Janet Gandt (Rodger) of Gillett. Sister-in-laws, Donna Gandt, Angie Schelk, Donna Schelk and many nieces, nephews and great nieces and nephews. She was proceeded in death by brother Larry Gandt, sister Judy Gandt, niece Kimberly Gandt, brother-in-laws Allen Raddant Sr, Wade Werner, Eugene Shelk, Vernon Shelk, Arthur Schelk Jr, Edward Schelk, and father & mother-in-law Arthur & Eva Schelk Sr.
Mary Ann was employed by Nelson Plywood and various other wood-working mills in the area until the time of her retirement.
She loved collecting owls, playing card/board games, and cheering on her beloved Green Bay Packers! You could always count on seeing Mary Ann around Gillett at any number of the local events including the annual 4th of July parade.
Not having any children of her own, her kind and generous heart made her an amazing aunt to not only her own nieces and nephews but was known as ‘Aunt Mary’ to many others. She will be truly missed by many.
The family will receive visitors at the Kuehl Funeral Home in Gillett this Wednesday, January 1, 2020 from 3:00p.m to 7:00p.m. On Thursday, January 2, 2020 the family will again receive visitors from 9:00a.m to 11:00a.m at St. John’s Lutheran Church in Gillett, immediately followed by the funeral service. Burial will be at St. John’s Lutheran cemetery following the service. Pallbearers will be her nephews Allen Raddant Jr, Kurt Raddant, Michael Gandt, Mark Gandt, Matthew Werner, and Justin Gandt; with nephews Jeff Raddant, and Wade Werner II as honorary pallbearers. Her nieces Carol Kopp and Jennifer Niles will contribute special memories and readings. Service will be officiated by Pastor William Kamke.
The family would like to thank all of the various medical staff for their compassion and care of their sister.