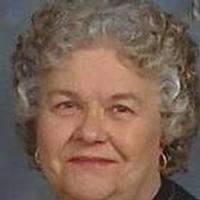 Marion (Paulson) Erickson, 83, of Gillett died April 26, 2015. She was born on April 19, 1932 to the late Carl and Eleanor (Nass) Paulson. On February 16, 1952, Marion married the love of her life, Roger, and spent the next 62 years more than happily married. He preceded her in death on April 4, 2014. Marion was a member of Bethel Lutheran Church. She loved spending time with her family; especially her grandchildren and great-grandchildren. Marion took pride in helping her friends and family. She loved animals, above all her cats.

Preceding Marion in death are her parents, husband Roger, and brothers Norman and Steve.