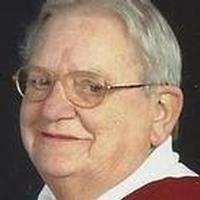 Marge was born on Tuesday September 29, 1931, in Wauwatosa, Wisconsin to Alfred and Elizabeth Koller. She was one of fourteen children. Marge was bigger than life itself. Marge married Alfred Pemrich on July 22, 1950. She loved children, her own and everyone else’s. She was a crafting queen and always made homemade gifts and cards for those she cared for. She also was a collector, a collector of collections. If you needed something, she had it. Always smiling, always witty and in good humor even to her last few minutes on earth. On her death bed she had two requests of her children, “Forgive each other and keep the family together.” What a wise loving person she was. Halloween and the fourth of July were her favorite holidays. Everyone with children can remember the brash old woman who gave out pencils to the kids and coffee and cinnamon rolls to the adults during trick or treat in Gillett. Very much involved in the St. John’s Christian Women at St. John’s Catholic Church in Gillett. She loved and lived life to the fullest extent possible.
Marge is survived by her eight children, Gorden of Stanley, WI, Eugene (Connie) of Crandon, WI, Joan of Milwaukee, Thomas of Fairbanks, Alaska, Carol (Jerry) of De Pere, Gary (Vicky) of Gillett, Glen (Geri) of Menasha and Peter (Laura) of Green Bay. She is dearly loved by 18 Grandchildren and 8 great Grandchildren. Four sisters, Rose Lemberger , Betty Biemann, Bernadette Hamilton and Alice Eisenhower. Marge is preceded in death by her husband Alfred, her brothers, Alfred, Walter, Victor, Ralph and James as well as her sisters, Jean, Mary and Lucille. We are all quite confident that she is already in heaven giving God fits. Special thanks to the staff of Unity Hospice for Helping Marge through her last days. Words cannot express the families’ gratitude and appreciation to her granddaughter Becky and her husband Mark Woelfel of Gillett. Together the care and compassion they gave was a godsend to Marge and the family during the past few years of her life. Marge will have a funeral Mass at St. John’s Catholic Church in Gillett on Tuesday February 26, 2013. Friends may call from 9 until 11 A.M with the service beginning at 11 A.M. Interment will follow the service at Wanderer’s Rest Cemetery. Kuehl Funeral Home (920) 855-2144 will be assisting the family. In lieu of flowers, per Marge’s request all cash contributions will be donated to a local charity.