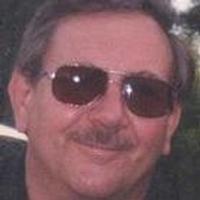 Loren Louis Begolke, 57, Gillett, passed away on December 18th, 2012 at Manor Care Nursing Home in Shawano. He was born on January 13th, 1955 in Oconto Falls, WI to the late Louis and Evelyn (Ladwig) Begolke. He proudly dedicated 33 years of service at The Oscar Boldt Company where he was a mechanic/ Supervisor of Heavy Equipment. He also served as a volunteer firefighter for the Town of Underhill. Loren was a member of the Finnegan Lake Walleye Club, and Underhill Sportsman Club. He enjoyed hunting, fishing, and carpentry. He is survived by his wife Jackie (Ossmann) Begolke; two daughters, Autumn Paholke (Josh) and Michelle “Micki” Begolke; a sister, Carol Harke; mother and father in-law, Jack and Suzanne Ossmann; leaving behind several brother and sister-in-laws and nieces and nephews; and very special friends Rick and Maureen Wollin. Preceding him in death are his mother, father, and a brother-in-law, Jim Harke. Friends may call from 10 a.m. until 1 p.m. Saturday December 22nd at Christ Lutheran Church in Hintz, WI. Funeral services will be held at 1 p.m. on December 22nd with Pastor Michael Paholke officiating. Burial will be at Christ Lutheran Church Cemetery, Hintz, WI. Kuehl Funeral Home 920-855-2144 will be assisting the family. The family would like to extend a special thank you to the many family and friends who kept them in your prayers and to the staff of Manor Care Nursing Home for their help and sincerity during our time of need.