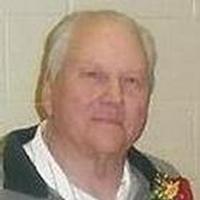 He proudly served in the US Army receiving a medal of Good Conduct upon his return from Germany. Leon and Lulabelle (nee:Braun) were united in marriage on February 10, 1962, in Gillett. Leon worked at Briggs & Stratton, in Wauwatosa, as a tool and die maker. He was a member of Hillside Assembly of God Church in Gillett. Leon loved helping and spending time with his family. He enjoyed hunting, fishing, and teaching Sunday school.

Friends may call from 10:30 A.M. to 1 P.M. February 2, 2015 at Hillside Assembly of God Church in Gillett. Funeral service will take place at 1 P.M. with Pastor Paul Carlson officiating. Burial will take place following the funeral service at Wanderers Rest Cemetery in Gillett with Military Honors provided by Gillett American Legion.