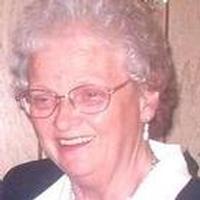 Laurice F. Gilbertson, 74, 10616 Shawano Line Rd. Gillett, entered into rest on Tuesday August 14th, 2012 at her residence. She was born March 26th, 1938 in Shawano, WI where she was baptized upon birth. She was the daughter of the late Alvin and Ruth Madison. On June 21st, 1958, Laurice married Donald Gilbertson in Bonduel, WI. Laurice and Donald shared a very loving and devoted marriage for 54 years. Laurice is survived by her husband Donald Gilbertson; two daughters, Colleen (Ronnie) Thomson, Gillett; and Janalee (Jesse) Jenerou, Gillett; one son Kyle (Robin) Gilbertson, Lena; one brother Douglas Madison, Shoreview, MN; one sister Karen (James) Wudtke, Cecil; nine grandchildren; many nieces and nephews; and many relatives and friends. She was preceded in death by one sister-in-law Carla Madison. Laurice was a very active member of the Bethel Lutheran Church in Green Valley where she held many positions and was more than happy to volunteer her time. She also enjoyed several hobbies such as gardening, sewing, and baking. She was very devoted to her family and the church and never hesitated to put others first. Friends may call from 4-8 P.M. Friday August 17th, at Kuehl Funeral Home Gillett, WI and from 9-11 A.M. Saturday August 18th at Bethel Lutheran Church. Funeral services will be at 11 A.M. Saturday August 18th at Bethel Lutheran Church in the Town of Green Valley with Pastor Bill Gruenstern officiating. Burial will be in Bethel Lutheran Cemetery, Town of Green Valley. Kuehl Funeral Home (920)855-2144 will be serving the family. The family would like to extend a special thank you to the Theda Care hospice team and to the many friends and close neighbors who graciously devoted their time and care in the family’s time of need.