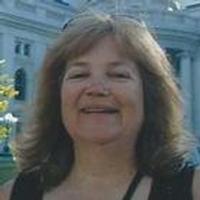 Kathleen Roselle (Arndt) Quade passed away peacefully in her sleep on August 31, 2015 at Unity Hospice in De Pere two and a half years after her Cancer diagnosis.

Kathleen was born February 15, 1954 in Shawano, WI to Arthur and DeLour (Morrow) and raised in Gillett, WI. She grew up on a farm surrounded by many extended family and friends. After her graduation from Gillett Area High School in 1972, Kathleen attended the University of Wisconsin – Stout then transferred to the University of Wisconsin – Madison. She earned a bachelor’s degree in Home Economics in 1976. She was very proud to call UW-Madison her alma mater. Kathleen lived in Wautoma, WI managing a Ben Franklin store with her former husband Joseph Quade. Later she lived in Sheboygan, WI, Chicago, IL and Madison, WI working for various furniture and interior design stores and commercial design companies before founding her own company in 2006, House to Home Interiors. Kathleen spent the last years of her life living in Madison doing what she loved, making people’s homes beautiful in design.

Kathleen loved her family. Her daughters were her pride and joy and she enjoyed spending time with her grandchildren. She also loved holidays with her siblings, nieces and nephews. Some of her favorite activities included organizing and directing the family’s 4th of July float and picking bittersweet at the train bridge in the fall. Kathleen made many friends over the years and always believed in kindness toward others. She was a passionate Badger fan, enjoyed the sights of Madison, and was always ready for an adventure.

Kathleen is survived by her daughters, Amanda (Edward) Fellerer of Sheboygan, Alissa Quade (Nicholas Bubb) of Madison; two grandchildren Robert Fellerer of Sheboygan, and Rosalyn Bubb of Madison; her sister Nancy (Armand) Linzmeyer of Gillett, sister Barbara (Michael) Kleiber of Gillett, brother Daniel (Cindy) Arndt of Gillett, sister-in-law Luverne Arndt of Gillett; former husband Joseph Quade of Oconto Falls; and many nieces, nephews, cousins, and extended family. She was preceded in death by her parents and her brother David Arndt – all of Gillett.