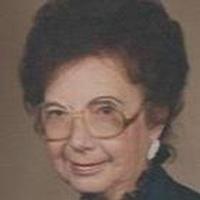 Family is the thing that “Kathy” lived for. Kathleen White was born 6/16/1932 to Herbert Edgar and Laura Susan (Snyder) White in Orofino ID.
She was raised in Weippe ID and lost her dear mother at a young age.

When Kathy was sixteen years old she met the love of her life, John Andrew Olson of Gillett WI. Mr. Olson had been recruited to help deliver a saw mill to Weippe ID. While in Weippe, Mr. Olson found himself called to assist in putting out a house fire in Weippe. Ms. White happened to be nearby watching the activities that day. Kathy finished High School and John Olson enlisted for service in WWII. The couple wrote to each other for several years, but never forgot the fire that was kindled in their first meeting. Kathy attended nursing school in Walla Walla WA when Mr. Olson returned to the northwest to claim the love he couldn’t forget. The couple was married 4/14/1952 (Easter) and left for WI that day to begin a new life together

John and Kathy raised two children on a farm near Underhill WI. Kathy continued her nursing career as an LPN for the Oconto Falls hospital and subsequently Dr. Klutzow of Gillett WI. Kathy left her career to become a fulltime mother and wife for the remainder of her life.

Kathy is survived by her husband, John of Gillett, a son Stephen and a daughter, Laurel both of Appleton WI. Step-granddaughter, Jessie Braatz of Plymouth WI, niece Linda Hutchins of Weippe, ID, and many friends and extended family members. Kathy’s passions were nurturing family, pets, and plants, genealogy, collecting antiques, and homemaking.

Visitation with the family will be held on Wednesday, August 13, 2014 from 10 A.M. until 11 A.M. at Tabor United Methodist Church in Gillett. Funeral services will be held at 11 A.M. with Pastor Gerhardt officiating. Interment will be in Wanderer’s Rest cemetery following the service. Kuehl Funeral Home (920) 855-2144 will be assisting the family.