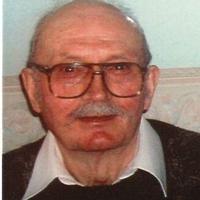 Joseph O. Kershek, Jr., of Gillett, passed away Friday, May 12th. He was born Apri 16th ,1927, to Joseph and Blanche Kershek at Spruce, Wisconsin. He married Jaquelen Gollhardt on October 14, 1950. He had been employed at Metzler Coal and Lumber, Seeling Construction and Scott Paper Company, before purchasing the family farm in 1960. Joseph and Jaquelen farmed together for 44 years, retiring in 1994. He enjoyed doing carpentry, making horse drawn wagons and metal yard sculptures. He especially enjoyed working with his Belgian Horses and spoiling his grandchildren and great-grandchildren.

He was preceded in death by his wife Jaquelen, his parents, two brothers, Alvin and Gaylord Kershek and a sister Avrille Konitzer; his in-laws Orville and Beatrice Heimke, sister and brother-in-law Shirley and Bernard Taycher, brother-in-law Greg Konitzer and Joe’s special buddy Norbert Washbisch.

A private family service and burial will be held at Pine Hill Cemetery in Spruce.

The Kershek family would like to thank the staff at Atrium Post Acute Care for the excellent care. Memorials will go to Unity Hospice for the special care and kindness shown to Joe and his family in his final hours. Also, thank you to all his visitors, including his good friend Stanley and Mark.