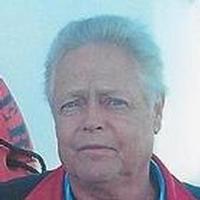 John “Buzzy” C. Olsen, 69, Gillett, died on April 4, 2015 surrounded by his loving family at home. He was born on October 22, 1945 to John and Ruth (Dickson) Olsen in the Town of Lessor. John attended Gillett High School graduating in 1964. John and Mary (Westenberger) were united in marriage at St. John’s Catholic Church on October 25, 1963. She preceded him in death on January 10, 2015. John was a member of the Underhill town board serving as Supervisor for many years. He was a member of Christ Lutheran Church in Hintz, firefighter for over 20 years serving as Chief at one time, and a Gillett JayCee. He enjoyed collecting and restoring old cars; he could get any engine running, fishing, and gardening; sharing his plentiful harvest with everyone. John liked spending time at the family cabin in Townsend. He enjoyed cutting firewood and making maple syrup in the family woods.

He was preceded in death by his wife, parents; son, James John Olsen; sister, Joanie Krueger.