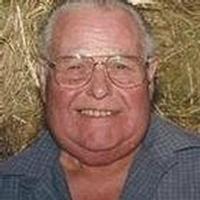 Our lord has finally released Jim from the terrible pain and paralysis of Poly Myalgia Rheumatica. Jim was born May 28, 1938 in Racine, WI to the late George and Lucille (Karau) Eichhorn.

Jim made his living as a journeyman electrician in Milwaukee and Dallas. He enjoyed many interests during the healthy time of his life. He loved fishing, building and driving race cars, pheasant hunting with his dog, trap shooting and deer hunting. While he was still able, he loved to ride his ATV through the trails in the woods.

Jim is preceded in death by his infant daughter Katy Jo; One brother, George; Both of his parents; and a brother-in-law, Louis Eggebrecht.

The family would like to express many thanks to the helpful and caring people from Southern Care Hospice and Visions of N.E.W. Our thanks to both Pastors’ Jeffers for their caring visits and to Pastor Reinhold who came to minister to Jim even when he himself was sick. Also, our thanks go out to the most wonderful and helpful neighbors, Les Reinhold, who would come to help any hour of the day or night and Howard Kozicki who also went out of his way to do everything possible to keep Jim in his own home as long as possible.

Friends may call from 1 to 3 P.M. Friday, January 25, 2013 at the Gillett Baptist Church. Funeral services will be held at the church at 3 P.M. with Pastor Reggie Reinhold officiating. A luncheon will be held following the service at the church. Kuehl Funeral Home (920)855-2144 will be assisting the family.