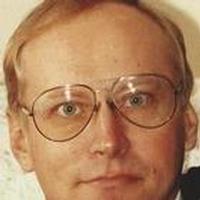 Jack proudly served his country in the Army during the Vietnam era spending much of his military career in Berlin, Germany. After graduating from Ferris State University he began a career in the heavy equipment industry working as a diesel mechanic for CAT companies in Green Bay, Wisconsin and Grayslake, Illinois. While in Illinois, he married the love of his life Margaret Powers on July 3, 1993 in Woodstock, Illinois. Jack decided to return back to his family farm with his family and expanded his career working for both Case IH and John Deere implement dealers as service technician. Jacks passion was his unique ability to diagnosis and repair equipment from earth movers to farm tractors. Jack was proud of his ability to persevere and solve problems with machinery. Jack felt obligated to be a good steward of the family farm and enjoyed raising his beef cows as well as growing grain and hay. He has passed his love for the outdoors to his children who enjoyed hunting and fishing with their dad. Jack was so proud of his children and was happy to have shared his love for nature and appreciation of music to them.

He was preceded in death by his parents, and infant sister Beverly Nauke

Special thank you to the Gillett community, Bellin Cancer Team and Unity Hospice, as well as many neighbors, family members and friends that have helped through this difficult cancer journey

Friends may call from 9 a.m. to 11 a.m. January 24, 2015 at St. Michael’s Church in Suring. A Memorial Service will take place at 11 a.m. with Reverend Dean Dombroski and Sister Marla Clercx officiating. An inurnment will take place at a later date.

In lieu of flowers a memorial fund is being established for Thomas and Sarah.