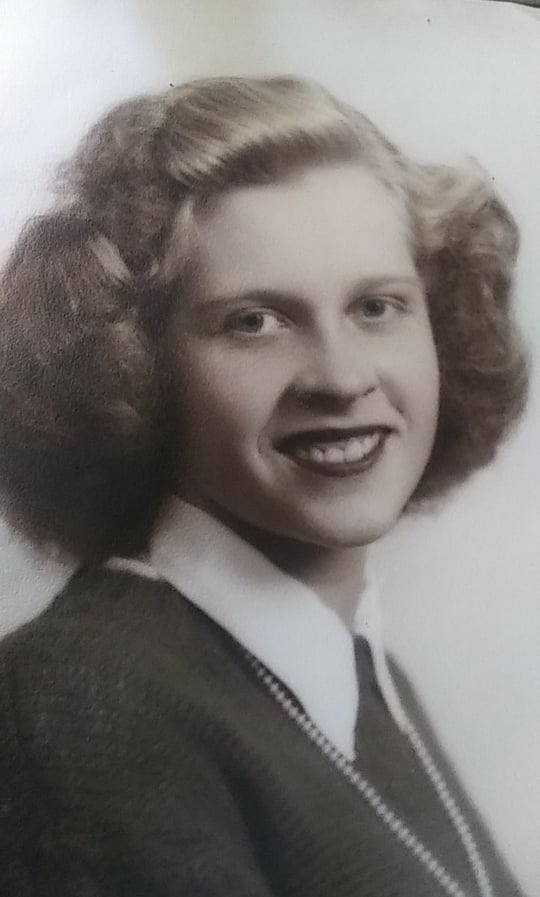 Hazel was born on February 12, 1926, to Roland and Julia (Micoley) Martineau in Spruce, Wisconsin. After graduating from Oconto Falls High School in 1944, she worked in Milwaukee followed by a long career at Seneca. There was a young man named Gordon Schaal that fell in love with the beautiful woman getting off a train that he and his sister Dort were on, returning from Milwaukee.  Hazel and Gordy were married not long after – going on to have three children, Doug, Pamela, and Dean.  After Gordy’s passing in 1973, Hazel married John Collins. After retiring from Seneca in 2004, Hazel spent her leisure time enjoying life at her home on the Oconto River feeding the birds in the summer and winters at her home in Florida.

Hazel was predeceased by her parents, Roland and Julia Martineau, brothers Jerry Martineau and John Martineau, Gordon Schaal, Doug Schaal and John Collins.  She is survived by Pamela (Thomas) Runge, Dean (Charmyn) Schaal and numerous grandchildren, great grandchildren and one great-great grandchild.  Pam and Dean extend a special thank you to the Jason and Tara Parsons family for all the care, support and joy they gave to Hazel.  There are no events planned, as Hazel did not wish to have any funeral services.

Kuehl Funeral Home was honored to assist the family.