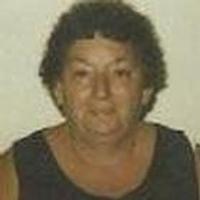 Gloria R. Young, 68, 9584 Rose Road, Gillett, entered into rest April 10, at St. Vincent’s Hospital surrounded by her family. The former Gloria Wurtsbaugh daughter of the late Dale and Marguerite Eades was born April 12, 1945. Gloria is survived by her husband Raymond “Chicken” Young Jr.; three children Kenneth (Paula) Young, Gillett, Kristina (Penny) Young, Appleton, and Tracey Young; and a special friend Mindy Young; Six grandchildren, Zach, Heidi, Alex, Jon, Charles, and Little John; two great-grandchildren Rhiannon and Ada with two more on the way; Eleven brothers and sisters and their families; Two brother-in-laws; Five sister-in-laws and their families; and many other relatives and close friends. She is preceded in death by her parents; and her mother and father-in-law Raymond and Alice Young; and two infant children Troy and Tori; and three siblings. Together Chicken and Gloria were the proud owners and operators of a well drilling business. Gloria had several hobbies throughout life such as enjoying the outdoors, spending time with the “granddogs,” and watching the hummingbirds and eagles. She thoroughly enjoyed spending time and fishing with the grandchildren on “grandma’s pond.” One of her favorite past times was BINGO, and she sure was lucky!