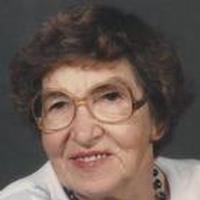 She was a member of the Bethel Lutheran Church and Northern Gardeners Club, in Gillett. Alice worked as a leather cutter at former Northern Shoe Company, in Pulaski, for many years. After her retiring she worked at the former Friday Canning Company. She was a volunteer for the Ladies Aide and Luebke- Robinson Post 8314 Gillett VFW Auxiliary. Alice enjoyed gardening, sewing, crocheting and traveling.