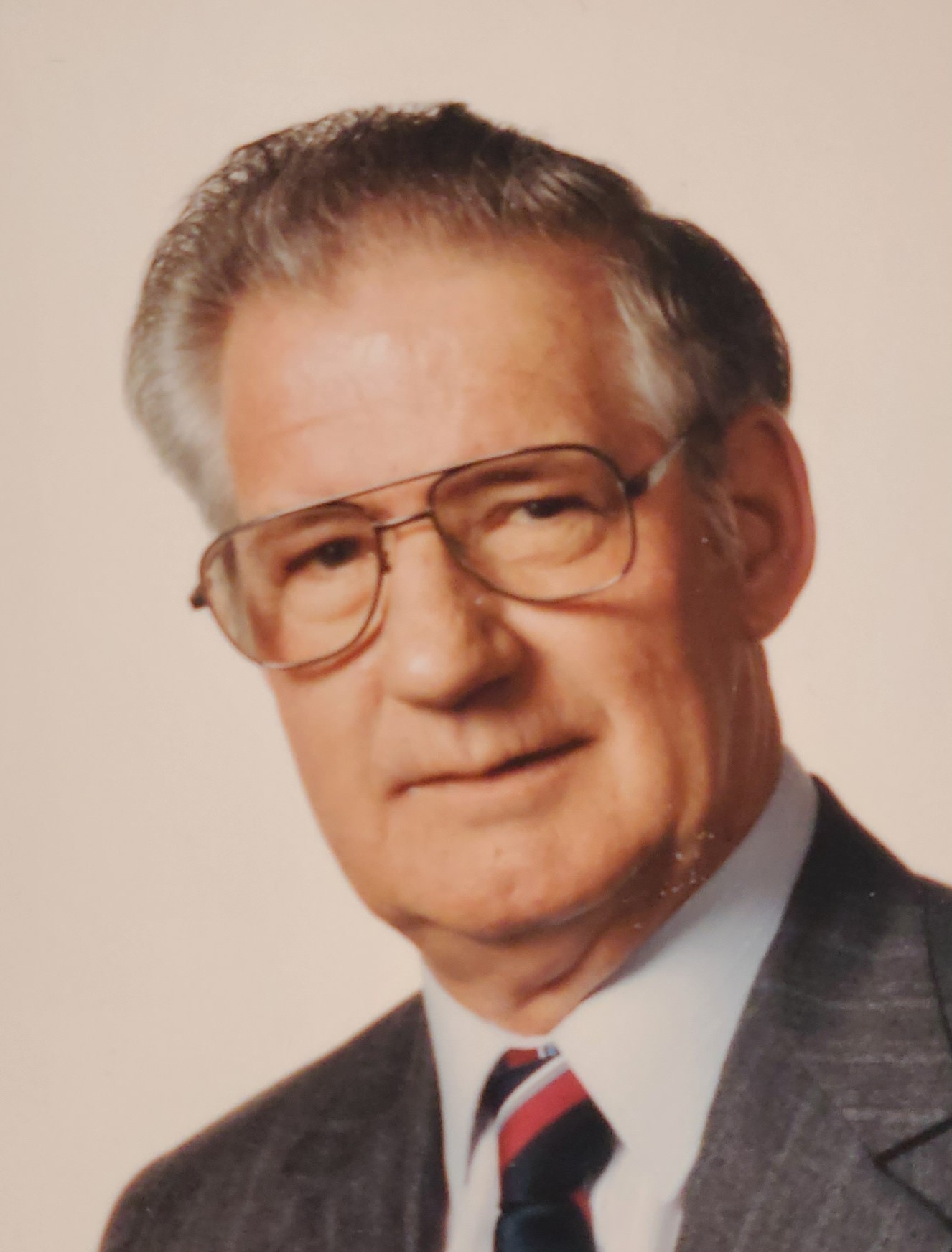 David “Dobin” Schmidt, 92, of Gillett was called home on Sunday July25, 2021 surrounded by his family.

Born November 10, 1928, in Gillett to the late Robert and Minnie Schmidt. David attended Gillett high school and then enlisted in the United States Air Force serving from October of 1947 to October of 1951. After returning from the war, he went to work at Scott paper company in Oconto Falls working there until his retirement. David enjoyed many things; golfing with friends bowling at the Gillett Legion Hall, his daily drives with his wife – as he would say “I’m going through the loop” but found some of his greatest pleasure spending time with his grandchildren, often telling them “He was counting all his money”. David really enjoyed going out for lunch, so much so, sometimes it didn’t matter who would go, just wanted the company. On October 29,1952, he married the love of his life Dorothy Blumreich at St. John’s Lutheran Church in Gillett where they remained lifetime members.

Survived by his four children; Tom (Debbie) of Green Bay, Chris (Randy) Schenkoske, Jane Schmidt, and Steve “Doc” (Joann) “Josy” – all of Gillett, his four grandchildren Andrea (Jason) Carriveau of Appleton, William (Kelly) Schmidt of Madison, Lisa (Matt) Dazell of Green Bay and Nikki Schmidt of Gillett; his great grandchildren Xander and Ryker Carriveau, Alexis and Dylan Schmidt along with many other family and friends.

David is preceded in death by his loving wife Dorothy and his seven brothers and one sister.

David’s family would like to thank the staff of Unity Hospice and Kuehl Funeral Home for assisting them with arrangements. Dad always said as he was leaving “Don’t forget the Windmill” we shall never forget you Dad! James Stuart LaChapelle, 87, was welcomed through Heaven’s gates on July 24, 2021, with family by his side.

James (Jim) was born on January 23, 1934, to the late Stuart and Lillian (Riebe) LaChapelle. Jim was born in Green Bay, WI and graduated from West High School. Following high school, James proudly joined the United States Navy and served during the Korean War. Upon his completion of service, Jim joined the workforce and retired as a laborer in construction. Jim will be remembered as a great storyteller who loved hunting and observing nature at his home along the Oconto River. He also loved a good fish fry, caring for his dog Elvis, and spending time with his family. Above all, in his later years his most cherished role was that as a grandfather. He emphasized to them the need of knowledge, an education, and realizing their full potential. He was always there for them, and he was so proud of their successes and of the adults they became.

He is survived by 3 brothers: Clark (Kathy) LaChapelle, Wayne (Lea) LaChapelle, and Chuck (Veronica) LaChapelle and many nieces and nephews. He was preceded in death by one son, Gregory Peter LaChapelle.

The family would like to thank Unity Hospice and their staff. We could not have asked for better people to care for and help Jim transition to his eternal home.

Visitation for Jim will be held Wednesday July 28, 2021 at Faith United Lutheran Church (11465 Old “U”, Gillett) from 9am to 11am, with a funeral service at 11am. Pastor John Laatsch officiating. Military honors will take place immediately after. Kuehl Funeral Home is honored to serve the family. Shannon was employed in various positions throughout his lifetime including Machine Welding, Carpentry, and Maintenance Technician. Although his True Gift was in his Beautiful Artwork and Designs. Shannon will be sadly missed by his family and friends.

Many other cousins, relatives and friends also survive.

Cremation has occurred and a graveside service will be held at 10:00 AM on Saturday July 24, 2021 at Melnik Presbyterian Church Cemetery, 12320 Melnik Road, Whitelaw.  Officiating at the service will be Pastor Todd Musial.

Online condolences may be sent to the family by visiting www.lendmanfh.com