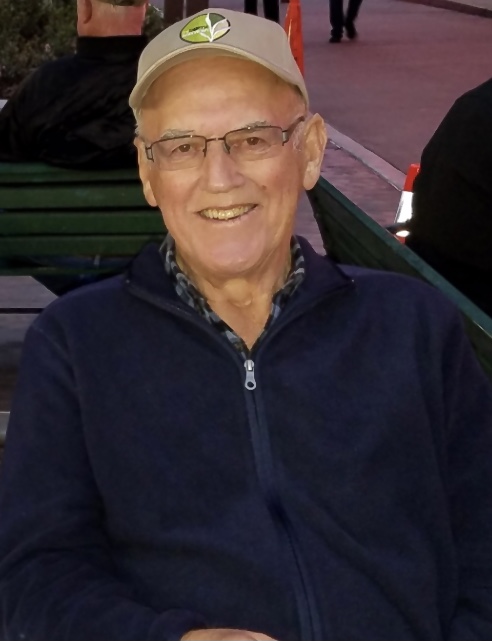 Larry was born the son of the late Palmer and Christina (Griffin) Madson on May2, 1933.  He was a graduate of Valders High School with the Class of 1951.  On July12, 1958, he married his soul mate, LaVonne (Joy) Berge at Valders West Lutheran Church in the Town of Liberty.

Larry, along with his wife Joy were the proud owners of the Madson and Berge Farms which have both been in the family since 1848.  After marriage Larry and Joy took over the Madson family farm.  In 1968 Larry and Joy started Madson Tiling & Excavating and then established Madson Trucking in 1984.

Larry was a devoted lifetime member of Faith Lutheran Church in Valders.   He served in various capacities including;  past president, head usher, and a member of the Men’s choir.  He also belonged to the Manitowoc County Dartball League, Rustic Iron Club, and Land Improvement Contractors of America (in which he served as the State President). He enjoyed playing horseshoes in Valders, snowmobiling, golfing, and attending and participating in antique tractor and car shows. One of Larry and Joy’s greatest pleasures were spending time with family and attending their sporting events. He also enjoyed playing cards, going out to eat with friends, gardening, and spending countless hours on his tractor.

Funeral services will be held at 1:00PM on Saturday, April 3, 2021 at Faith Lutheran Church, Valders.  Officiating at the service will be Rev. Jim Wilson.  Burial of the cremated remains will be held at a later date at Gjerpen Cemetery.

In lieu of flowers, memorials may be made to: Gjerpen Cemetery Association and Faith Lutheran Church.

The Lendman Funeral Home & Gathering Center is assisting the family with the arrangements.

This Day in History

This Day in History – What Happened Today – HISTORY

Michael Todd Ralph, 54, passed away at St. Vincent’s Hospital Monday March 15, 2021 at 5:57 a.m. due to complications of Stage 4 Lung Cancer. Michael was originally from Milwaukee, Wisconsin but moved up to the Northwoods around 1996. He loved summertime when he would go up to the family lake property in Lakewood and spend time skiing and being with family. Michael also enjoyed driving his semi-truck for work and riding motorcycles.