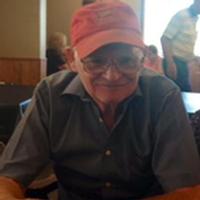 Jim was born in Green Bay, on June 30, 1944, a son of the late Godfrey and Irene (Wichmann) Bierhals. He was married to Eileen H. (Pienta) and together they raised a son and daughter. Jim worked as a cut-off operator at Warvels prior to his retirement. He liked gardening, and was a shortwave radio hobbyist. He also enjoyed “tinkering” and worked on anything mechanical, including T.V.’s.

Jim is survived by his loving wife, Eileen, his son Nicholas (Jody) Bierhals of Gillett and his daughter Christina (Eric) Eger of De Pere. He also leaves his grandchildren: Zach, Kathy, Anna and Will, and one expected grandchild. Further survived by his brother Daniel, his sisters Carol (Wayne) Kopke of Abrams and Shirley Brokiewicz of De Pere; his in-laws Jack (Peg) Pienta of CA, Tom (Ruth) Pienta of Pulaski and Veronica (Jim) McGillevary of FL; nieces, nephews other relatives and friends. Jim was preceded in death by his parents, his sisters Ruth Warner and Margie Wolske and his in-laws: Jim and Joe Pienta and Ruth Lesko.

Friends and relatives may call on the family on Saturday, February 27, 2016 from 9 to 10:45 AM at GILLETT BAPTIST CHURCH (10780 Town Hall Road, Gillett). A funeral service will be held at 11 AM with full military honors to follow. Final rest will be private.

To leave an on-line condolence for the family, please visit KuehlFuneralHome.com. For more information please call (920) 855-2144.

Memorials to the family are appreciated. 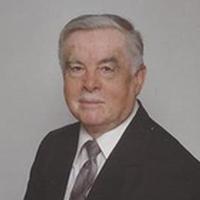 Mr. Walter A. Kuranda, age 96, of Cecil was called home to be with the Lord on Wednesday, February 10, 2016 at his home, surrounded by his family.

Walter was born on June 15, 1919 in Harvey, Illinois to the late Casimier and Agnes (Antolak) Kuranda. On April 27, 1943 Walter married the love of his life, Bernice (Jenkins) Kuranda in Stevens Point, Wisconsin. Walter and Bernice resided in Wauconda, Illinois until they retired and moved to Cecil, Wisconsin in 1986.

Walter was a member of St. John’s Catholic Church in Gillett, WI and a member of the Knights of Columbus in Wauconda, IL. Walter was an avid farmer, gardener, and made the most gorgeous wood work projects you have ever seen. Walter loved spending time with his family, and sharing his life stories with anyone who would listen. Walter enjoyed dancing; he was so light on his feet that he just carried you away with him. Walter built two houses from the ground up to raise his family in.

Friends and relatives may call from 4 to 8 PM on FRIDAY, February 12, 2016 at the KUEHL FUNERAL HOME, Gillett, WI. A prayer service will be held at 7:30 PM. Visitation will continue on SATURDAY, February 13, 2016 from 12 noon to 12:45 PM at St. John’s Catholic Church in Gillett. A Mass of Christian burial will be celebrated at 1 PM with the Reverend Luke Ferris officiating. Interment will be in the church cemetery.

The family would like to thank the ThedaCare hospice nurses, CNA’s and volunteers: Barb Meier, Pam Meyer and all of the family members who assisted in caring for Walter over the last several months.

In lieu of flowers, Walter’s family has requested that memorials be made to the St. Jude’s Children’s Hospital. 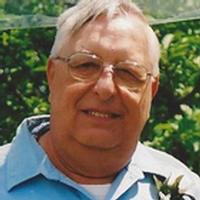 Gale was born in Gillett, WI on April 27, 1938, a son of the late Harold and Martha (Burandt) Schneider. He attended local schools, and was a 1956 graduate of Gillett High School. Gale joined the US Army right out of high school and proudly served for 3 years during the Korean Conflict. He returned home and was married to Ruth B. (Fabry) in 1959 at the Lutheran Church in Gillett. Together they raised three sons.

Gale worked as a clerk for Milwaukee Road for over 21 years. During that time, the family lived in Chicago briefly and later in Ashwaubenon. While there, Gale was an active little league coach and helped to start the Babe Ruth program. The family also owned a restaurant, the Strike Zone, in Coleman.

In 1980, the family settled in Oconto Falls and Gale retired from the railroad in 1983. He then worked on a veal farm, and also kept some horses and cattle of his own. Gale was a member of the American Legion and belonged to Oconto Falls Post 302. He loved his family and will be sadly missed.

Gale was preceded in death by his parents and his brother, Kenneth Schneider and a sister, Corrine (the late Anthony) Otradovec.

At Gale’s request, services were private for the family.

For those wishing, memorials are appreciated to a Veteran’s service organization, or the charity of one’s choice.