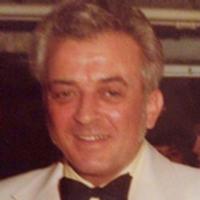 James F. “Ridley, age 79, of Braintree, passed away peacefully January 29th, 2016 at the VA Medical Center in Brockton following a long illness. He was surrounded by family.

Jim was born in Braintree, a son of the late Laurence and Anne (Furey) Ridley. He attended Braintree schools. At 17, Jim enlisted in the US Marine Corps where he proudly served. He spent over one year of this service in Okinawa Japan. After his enlistment he returned to BHS and graduated. He was married for several years to the late Jaine F. (Porter) and between them they raised three children.

Jim was employed many years as a ship fitter at the Quincy Shipyard (G.D). He also worked several years as a construction worker at local firms. He greatly enjoyed taking trips on his Honda Goldwing and visited much of New England. He also enjoyed family get togethers in the summers and at holidays. Jim was a simple and private man, a proud Marine, and will fondly be remembered as such by his friends and family.

Jim leaves a daughter, Carolyn Barclay and her husband William of Ossipee, NH, his siblings: Mildred Maher of Halifax, Robert Ridley and his wife Marlene of Gales Ferry, CT, his twin sister A. Shirley Golbranson of Quincy, Linda Thompson and her husband Richard of Erwin, NC, and Ronald Ridley of Peabody. Jim is further survived by a grandson, James A. Beaton of Green Bay, WI, and two granddaughters: Stephanie Jaine Hammond of Stoughton and Hillary Mather Sullivan of Quincy; his great grandchildren: Mackenzie, Morgan, Madison, Julio, Jasmine and Cameron.

Jim was preceded in death by his parents, his son Stephen A. Ridley, his daughter Suzanne P. Hammond, two brother-in-law’s Harvey Mahar and Carl Golbranson, and his former wife Jaine.

Arrangements are pending with the Clancy-Lucid Funeral Home, 100 Washington St., Weymouth, MA. Final rest will be in the Blue Hill Cemetery. If desired, memorial contributions can be made online or by mail to the National Kidney Foundation (NKF). https://www.kidney.org/support 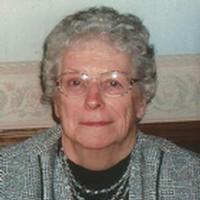 Jackie’s wishes:
Weep not for me though I am gone into the gentle night
Grieve if you will but not for long upon my soul’s sweet flight
Remember not my fight for breath
Remember not the strife
Do not dwell upon my death
But celebrate my life.