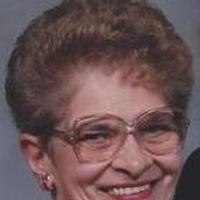 Marlene E (Storzer) Hansen, 75, of Gillett died July 13, 2015. The daughter of the late Mary (Stich) and Charles Storzer, was born on August 28, 1939 in Oneida. Marlene attended Gillett High School where she met the love of her life. On July 13, 1957 she wed Neil Hansen at St. John’s Catholic Church in Gillett. Marlene enjoyed watching birds with her husband, taking tractor rides in the woods, and making crafts. She was blessed with the most infectious smile; you couldn’t help but notice her smile when she walked in the room. Everyone adored Marlene’s beautiful crochet work and flowers she enjoyed growing. Marlene loved her family especially her grandchildren; she adored each of them.

She is survived by her husband, Neil, of 58 years, 3 children: Debi Lee of Green Bay, Christine (Craig) Cottrell of Green Bay, Daniel (Patricia) of Gillett; 7 grandchildren: Courtney, Jessie, Brandon, Christopher, Albert, Antone and Nathaniel. Other survivors include her sister Theresa Paulson of Gillett, brothers Frank Henn of Oneida, Donald Storzer of Georgia, as well as nieces, nephews and many friends.

Friends may call St. John’s Catholic Church, Gillett, from 1:30 PM-3:00 PM on Wednesday July 15, 2015. Mass of Christian Burial will be celebrated at 3 PM with Reverend Dean Dombroski and Sister Marla Clercx officiating. Interment will be in Frostville Cemetery. 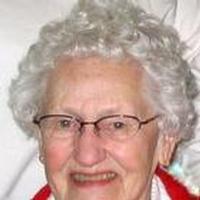 Marie graduated from Gillett High School. She was a church organist. She was employed by the Paper Converting Machine Company in Green Bay for 27 years. She was a faithful member of St. James Lutheran Church where she served as a member of the Tabitha Society as the President, Secretary and Treasurer and the Stephen Ministry.

She was preceded in death by her husband in 1983 and a daughter Rita May in infancy.

Memorials may be made to the Tabitha Society of St. James Lutheran Church.