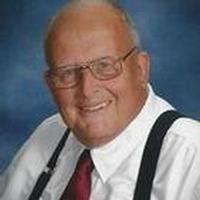 Allen J. Engebretsen, 72, Gillett, entered into eternal rest on Wednesday June 25, 2014, at his residence surrounded by his family after a courageous eight year battle with cancer. He was born on March 22, 1942; in Shawano to Edmond and Ruth (Arneson) Engebretsen. Allen was Baptized and Confirmed at Bethel Lutheran Church in the Town of Green Valley and graduated from Gillett High School with the Class of 1960. On July 27, 1963, he married his high school sweetheart Barbara Kallies at Bethel Lutheran Church. He and his wife farmed and raised their family on the family farm which was homesteaded in 1883 and is currently being farmed by his sons which are the fifth generation to farm the land. Allen always would tell people who asked, that he was retired since he graduated from high school because when you love your job it is not work and he loved to farm. In addition to farming, he hauled milk cans for Bill Wendt and later obtained his bulk milk hauling license and hauled milk with his good friend Jim Schroeder.
Allen was very involved in his community. He joined the Town of Gillett Fire Department in 1969 and served as the Treasurer for many years. Allen served as a Town of Gillett Supervisor for many years and continued on the Board as Town Chairman until 2009. Allen was a member of the Oconto County Dairy Promotions Committee and along with his wife Co- Chaired several of the first Breakfast on the Farm celebrations that were held in Oconto County. He was a long time serving member of the Oconto County Fair Board serving for 27 years. He enjoyed being the Chairman of the horse pull that was held every year at the Fair. He was a member of the Gillett Civic Club where he also organized the Horse pull at the Gillett 4th of July Celebrations. In 2011 Allen and Barbara were honored to be the Grand Marshalls of the Gillett 4th of July parade where they rode through the parade route in a horse drawn carriage. Allen also served as a Director on the Equity Northeast Livestock Shipping Association in Bonduel for 9 years. He was a past member of the Gillett Area Ambulance Service. He faithfully served his church by being on the Council, but took great pride being on the Bethel Cemetary Association Board and knew the cemetery plot book like the back of his hand. Allen was a past member of the Gillett FFA Alumni, the Oconto County Holstein Association, and the Oconto County Farm Bureau. He was also a charter member of the Frontier Farmers Association.
Allen’s past times included raising his Registered Belgian horses and pulling his teams at various horse pulls around the area. His interest in draft horses began by his father offering him either a snowmobile or a team of horses. He also enjoyed bowling and getting together with family and friends. Allen loved polka music and had several friendships with members of various polka bands. He enjoyed his early morning drives around the neighborhood which usually ended by having morning coffee “with the guys”. Allen also enjoyed his Norwegian Heritage. Most recently he met his cousins Asgier and Kari during one their trips to the US where he was able to learn a lot of his Norwegian family history.
Allen is survived by his wife of 51 years Barbara, his daughter Julie (Terry) Yonker and their children Josh, Jacob, and Taylor; his sons, Jeffrey (Cindy) and their children Brenda, Justin, and Riley and Chris (Vicki) and their son Connor. He is further survived by his brother – in – law Donnie Hinkfuss of Gillett, his sisters-in-law Shirley Wegner and Helen Kallies of Shawano; Delores (Duane) Horsens of Germantown and brother-in-law Bill Kallies of Colorado. He is further survived by many nieces, nephews, his Godchildren, and many friends. He was preceded in death by his parents, his mother and father in law Edwin and Gertrude Kallies, his sister Rosalie Hinkfuss, brothers-in-law Melvin Wegner, Maynard Kallies, and Richard Runge, and a sister-in-law Gwen Kallies. He was also preceded in death by his niece Renee Runge and a nephew Jamie Kallies.
Visitation with the family will be held on Sunday, June 29, 2014 from 3pm until 8pm at Kuehl Funeral Home in Gillett with a prayer service at 7:30pm. Visitation will continue on Monday June 30th at Bethel Lutheran Church (Town of Green Valley) from 9:00am until the time of service at 11:00am with Pastor William Gruenstern officiating. Internment will take place in the church cemetery.
In lieu of flowers, a memorial fund has been established in Allen’s name.
Allen’s family would like to thank the staff at Green Bay Oncology especially Dr. Thomas Sapher, Dr. David Groteluschen, Ruth Bloesl, and Tera Lien. The family would also like to thank Dr. Keith Elkins and the staff at Community Memorial Hospital in Oconto Falls. The family greatly appreciates the compassionate care given to Allen. 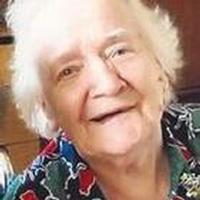 Jean Ruth (White) Krueger, 92, Gillett, entered into eternal rest on Friday, June 20, 2014. She was born on January 16, 1922 to the late Grover and Amma (Geisberger) White. Jean married Arthur Krueger on November 28, 1953 in Milwaukee, WI. Jean worked for General Motors in Milwaukee for several years until she moved to Gillett. While in Gillett she worked for the Gillett Canning Co. until she retired. While growing up Jean enjoyed ice skating, skiing, swimming, dancing, hiking, hunting and fishing.

Jean is preceded in death by three siblings, Mildred, Lydia, and Grover.

The family would like to extend a special thank you to Woodland’s Nursing Home in Gillett for their kindness and compassion both for Jean and Art while in your care.