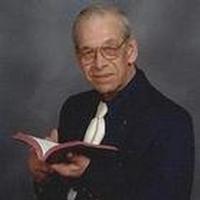 Kenneth C. Chivell was called home by the Lord, following a lengthy illness, on May 25, 2013. He was born on October 9, 1937, in Norway, Michigan to Mabel (Rickaby) and Cleveland Chivell. He and his parents lived in De Pere, then moved to Oconto Falls where they farmed for many years. He attended Busy Nook Grade School and Oconto Falls High School. When his parents sold their farm, they moved to Green Valley, Wisconsin, Where they lived until 1974. They then moved to Gillett, Wisconsin, where he was a school bus driver for Smith Bus Lines and later James Bus Lines, for the Gillett School District. Later on, he drove bus for the Oconto County Commission on Aging, as well as delivering meals to the various meal sites in the area. He was a member of Tabor United Methodist Church in Gillett, and was also a lay minister. He took great pride in writing sermons and doing the “Dial-A-Prayer” for the church. Ken loved to draw, resulting in creations such as the Dodge Dart (a drawing sent in to The Lawrence Welk Show, which Dodge sponsored). Ken also had sent in picture of the Chevelle to the Dinah Shore show. He was just a teenager when he sent in his designs, but never knew that he should obtain patents for them, so was never recognized or rewarded for his efforts. He also was a deputy for the Shawano and Oconto County Sheriff’s Departments for a number of years, doing security for social events. He was and ambulance driver for the Gillett Joint Ambulance Service and enjoyed being able to help people.

He was a loving son, brother and uncle to his family. Upon the death of his parents, he continued to live in Gillett, saying it was the place where he always felt at home. In 2008, due to illness, progression of his Parkinson’s disease, and heart problems, he moved to Golden Living Nursing Home in Green Bay, Wisconsin, where he resided until 2012, when he moved to ManorCare Healthcare Center, where he resided until his death.

The family wishes to thank Jamie Chaudoir, Ken’s Brown County Caseworker, Dr. Demry and the staff of ManorCare West Nursing Center, and Heartland Hospice, for all their caring support and the wonderful care they gave to Ken. 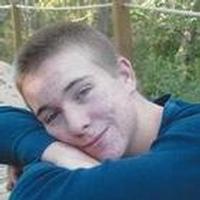 Bailey Gene Chapin, 17, passed away Wed. May 22, 2013. He was born May 17, 1996 to Tiffany Anne Chapin. Bailey lived in Gillett with his (Nana and Bumpa) Grandparents Bart and Laurie Jossie of Gillett and was a junior at Gillett High. He was a member of the positive peers program in school and was on the Gillett Golf team. His friends included people of all ages. Bailey was a loving person, very respectful, and accepting toward others and was loved by many. He had much empathy toward those less fortunate or handy capped and from little on this quality was evident.

Bailey was a very busy and active young man; he was employed by Four Seasons Property Care (owned by Tim and Sarah Via-son Macein) whom Bailey loved dearly, and spent much time with outside of work, wake boarding, snowmobiling, working on cars, playing ball and studying the bible together. Bailey also did independent work around town. He had many interests he enjoyed and activities. He loved golfing, fishing, hunting, snowboarding with friends, camping on Lake Superior, strumming his guitar, inventing contraptions and mechanics. He had a very creative mind. Another one of Bailey’s passions was spending time with his mom and 2 little brothers Masen and Lyric which he did often.

Bailey was fortunate to know and love his Great-Grandparents whom he loved to visit, and found good humor in them and their stories: Pat and Howard Jossie (Suring) Gene and Pat Sager (Lena), Joyce and Gary Frank (Gillett).

Bailey and his grandparents Bart and Laurie Jossie are members of the Kingdom Hall of Jehovah’s Witnesses, where he was loved dearly; he attended a theocratic ministry school and volunteered his time bringing people hope from bible. Bailey’s hope was in God’s promise of the resurrection in a paradise earth.

Friends and family may call from 12pm until 2 pm on Saturday, June 1, 2013, at the Kingdom Hall of Jehovah Witnesses, 506 Chestnut Street, Oconto Falls. Funeral services will be held at 2 pm with Jim McClure officiating. Kuehl Funeral Home (920) 855-2144 will be assisting the family. 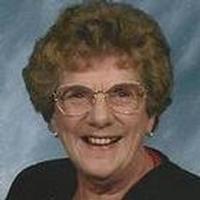 Dorothy M. Zahn, 74, Gillett, entered into rest Tuesday, May 21, 2013, at Woodlands Nursing Home in Suring. She was born on July 26, 1938, in Shawano to the late Emil and Olga Timm. She was a member of Faith United Lutheran Church in Gillett, and was an active Sunday school teacher at Immanuel Lutheran Church in previous years. Dorothy was also a member of the “Homemakers.” She enjoyed several hobbies and interests throughout the course of her life, some of which included Bowling, gardening, camping, and doing some novice photography. She is survived by her husband, Marvin Zahn; three sons, Randy Zahn, Ricky Zahn (Special friend Debbie and their children, Eric and Mindy Ward), and Robert (Kathleen) Zahn (their children Justin, Jacob, and Jesse); she is further survived by one daughter, Cindy (John) Blanchy (their children Noah and Luke), Two sisters; Betty and Mary, and two sister-in-laws; Alice and Shirley, Several nieces and nephews and other relatives and friends. Preceding Dorothy in death are three brothers; Harold, Lloyd, and Danny, and Three sisters; Bonnie, Maggie, and Jeanette. Friends may call from 11 a.m. until 1 p.m. Sunday May 26, 2013 at Faith United Lutheran Church in Gillett. Funeral services will be held at 1 p.m. Sunday May 26, 2013 with Pastor John Laatsch officiating. Burial will take place at Immanuel Lutheran Cemetery in Gillett. A luncheon will be held following the service at Faith United Lutheran Church. 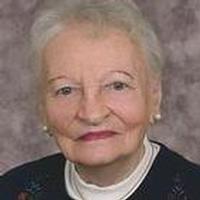 Daughter of Michael & Ana (Rae) Kokai. Born October 5, 1921 in Racine, WI. Mary married Joseph Hearley June 5, 1941 in Oconto, WI. He preceded her in death in 1982. Mary was a homemaker and farmed the family farm in Morgan, WI. Mary was employed by Oconto County Commission on Aging for a brief time. She was a member of St. Johns Catholic Church, Gillett. She was active in altar society, choir and where ever else she could help. Mary enjoyed gardening and being with family. Survivors include daughter Judy (Art) Oshefsky, Suamico, WI and son Darryel (Mary) Hearley Oconto Falls, WI. She is also survived by 7 grandchildren Lynne (Todd) Trzebiatowski, Oconto Falls, WI. Steven Hearley, Columbia SA, Lisa (Andy) Rikand, St. Louis, Mo. Carrie Hearley and friend Mark Heiser Oconto Falls, WI. Brian (Christine) Oshefsky Northville, MI. Bob (Peggy) Oshefsky, Chicago, IL. Amy (Eric) Jones, Livonia, MI. 12 great grandchildren, 7 great-great grandchildren. She is survived by one sister Julia Kokai and one brother in law Roy Oshefsky, many nieces and nephews. Mary was preceded in death by grandson Bill, three sisters; Verna McCoy, Kay Butnick and Betty Oshefsky. Two brothers, Steven Kokai and Robert Kokai. Friends and family may call from 9 a.m. to 11 a.m. on Saturday May 18, 2013 at St. John’s Catholic Church in Gillett. Mass of Christian Burial will be said at 11 a.m. following visitation on Saturday. Father Dean Dombroski and Sister Marla Clercx officiating. Burial will be in St. John’s Catholic Cemetery in Gillett. Kuehl Funeral Home (920)855-2144 is serving the family. Special thanks to all the caring staff at Kindred Transitional Care San Luis.