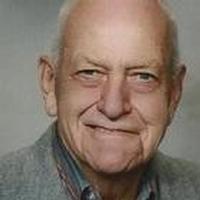 Richard W. Runge, 77, Gillett, went to be with the lord Monday March 18, 2013. Richard was born March 3, 1936, in the Town of Underhill to the late Alfred and Alma (Patzer) Runge. Richard was a member of St. John’s Lutheran Church. He is survived by; one son Robert (Kay) Runge, and their children Zachary and Alexander; five brothers Alfred (Alice), David, Frederick, Marcus, and Paul (Rose Marie) Runge; one sister Hope (Karl) Wudtke; and several nieces, nephews and god-children. Richard is preceded in death by his first wife Rosalie Engebretsen, and his second wife Helene Colander; a daughter Renee Runge; and one brother Franklin Runge. Friends may call from 9 a.m. until 11 a.m. Saturday April 13, 2013 at St. John’s Lutheran Church, corner of W. Main St. and N. McKenzie Ave., Gillett. Memorial Services will be held 11 a.m. Saturday at the church, with Pastor Doreen Jeffers officiating. Interment in St. John’s Lutheran Cemetery, Gillett. Kuehl Funeral Home (920)855-2144 will be assisting the family. 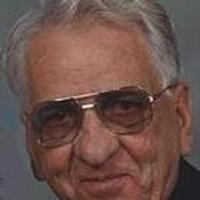 Arnold Krause, 94, Gillett, entered into eternal rest Saturday March 16, 2013. Arnold was born March 9, 1919, in Gillett to the late William and Alma (Foelker) Krause. On September 6, 1939, Arnold married Evangeline (Zill) Krause at the former Immanuel Lutheran Church, Town of Gillett. Arnold was a member of St. John’s Lutheran Church, Gillett. He was also past president of the church Council. Arnold is survived by; two daughters Barbara (Donald) Kroening, Judy (Robert) Ondik, all of Gillett; his six grandchildren and five great-grandchildren Debbie Johnson and her children Taeler and Morgan, Green Bay; Scott (Stephanie) Kroening, Shawano; Cindy (Tim) Aragon, Thornton, CO, Tracy (Trisha) Ondik and their children Brady and Isabella, Gillett; Terry (Amanda) Ondik, Gillett; Corey (Heather) Ondik and their son Wyatt, Gillett. He is preceded in death by one brother Harvey Krause and five sisters Margaret Schmidt, Esther Curtis, Genevieve McCarthy, Melba Gillette, and Lorraine Lemorande. Friends may call from 9 a.m. until 11 a.m. Thursday March 21, 2013 at St. John’s Lutheran Church, corner of W. Main St. and N. McKenzie Ave., Gillett. Memorial Services will be held 11 a.m. Thursday at the church, with Rev. Harvey H. Jeffers officiating. Interment in Wanderers Rest Cemetery, Gillett. Kuehl Funeral Home (920)855-2144 will be assisting the family. A memorial fund has been established and will be designated at a later date. The family would like to Thank Dr. Maltinski and the staff at Woodlands for their care and concern. 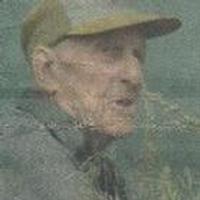 Elmer Gross, 97, was born November 10, 1915 to the late Frank and Minnie (Schroeder) Gross. Elmer lived on a 40 acre family farm in the Town of Green Valley since 1920. He was a caretaker of the Green Valley dump for many years until it closed. On June 21, 2004 his house burned down and was a total loss but with help from the community a new house was built. Elmer is preceded in death by one brother, Benjamin Gross; two sisters, Bertha (Putz) and Leola (Weigel) Gross; and nephews, George Putz Jr. and James Putz. Funeral services will be held this Saturday March 16, 2013 at Kuehl Funeral Home. Friends may call from 9 A.M until 10 A.M with the service beginning at 10. Pastor Bill Gruenstern will be officiating the service. 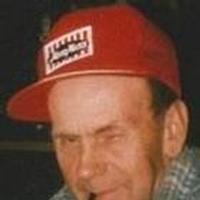 Kenneth F. Carlson, 87, Advance, went to be with the lord on Thursday, March 7, 2013. Kenneth was born on March 3, 1926 to the late Charles Carlson and Della Brooks. He is survived by one brother, Gordon Carlson (Cecil); one sister, Mary Winter (Advance), several nieces and nephews, a brother-in-law, Dave Foley, and sister-in-law, Barb Foley. He is preceded in death by his wife, Rose Marie Barranco and one brother, Carl Carlson. After 55 years of years of farming, Ken finally decided to retire. While he was in good health and able, Ken was very devoted to St. John’s Catholic Church. Funeral services will be held on Monday, March 11, 2013 at Kuehl Funeral Home (920)855-2144 with Sister Marla officiating. The family would like to extend a thank you to the Community Memorial Hospital in Oconto Falls, the ICU staff, and Dr. Maltinski for your help and kindness. Also, a special thank you to Mary Winter and Gordon Carlson for all of the love and devotion you shared with Ken.