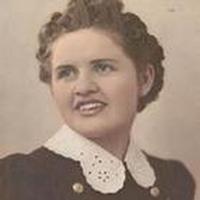 Lucille M. Rusch, 92, Gillett, passed away on Sunday morning, September 30, 2012 at the Woodlands Nursing Home of Gillett. She is survived by one son Tom Rusch (Los Angeles) and one sister Evelyn Heim (Green Bay), many nieces and nephews and other relatives and close friends. She is preceded in death by two sisters; Adelaide and Nina. Also preceding her are four brothers; Leonard, Lou, Victor and Herbert. After working in Milwaukee and suburban Chicago during WWII, she returned to Green Bay and met Austin Rusch. After a period of time they were married in Green Bay. Eventually they moved to Gillett where she lived out the rest of her life. A memorial service will be held Wednesday October 3rd, 2012 at St. John’s Lutheran Church, 101 W. Main St. in Gillett. Friends may call from 1:30 p.m. to 2 p.m. with the service beginning at 2 p.m. with Pastor Doreen Jeffers officiating. Kuehl funeral (920)855-2144 will be serving the family. 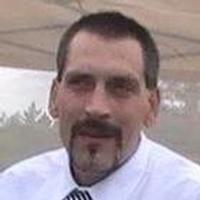 Timothy (Tim) L. Miller, 44, unexpectedly met his Lord and Savior Friday September 28, 2012 at his home in Princeton, WI. He was born June 9, 1968 in Milwaukee, WI to Lillian Miller. Tim lived with his mother in Gillett. He spent much of his adolescents staying at and working on the farm of (Uncle) Jim and (Aunt) Yong Miller. Tim attended Gillett High School until 1985. After 10 years together, he married Wendy DuBois on June 9, 2009. Reading and studying the Bible in all forms were his biggest passions, in addition to discussing religion with his family and friends. Tim was always busy tinkering with something. He was an avid marksman and weapons enthusiast. He loved to go out with his friends for target practice. Tim enjoyed star gazing through his telescope especially on a cold night when the sky was the clearest. He loved to tell or listen to a good joke while sitting outside enjoying a Mountain Dew and a Marb Red. Tim appreciated listening to all types of music, particularly rock. He loved to work on and talk cars especially anything fast and powerful. Tim was fascinated with the military and dreamed his whole life of fighting for what’s right and decent. Very caring and giving, Tim was always worrying about others before himself. Helping whenever and where ever he could.
Survived by his wife Wendy; Bubba, his four-legged son; step-children, Connie Hagen and her son Christian, Samantha Hagen and her daughter Brooke and Nicholas Hagen of West Allis, WI; (Uncle) Jim and (Aunt) Yong Miller of Coleman, WI; uncle, Gordy Miller of Shawano, WI; sister, Linda Myers of London, OH; close friend, Jarret Jacob of Princeton, WI; in-laws, Alfred and Darlene DuBois of West Allis, WI; Michael Geark of Sheboygan, WI and many other family and friends. He was preceded in death by his mother, Lillian Miller; grandparents, John and Ella Miller and his aunts, Emily Miller, Nancy Port, and Kathy Dinwiddie. Visitation with the family will be on Saturday, October 13, 2012 from 10:00 AM until 11:00AM at Gillett Baptist Church in Gillett, WI. Visitation will be followed by the Memorial service at 11:00 AM with a luncheon in the church basement afterwards. Private burial to follow. The service will be officiated by Pastor Reggie Reinhold. In lieu of flowers, memorials may be sent to: Wendy Miller c/o Wachholz and Sons Funeral Home, 303 West Harvard St., P.O. Box 115, Princeton, WI 54968
Special thanks to: Todd Wachholz of Wachholz and Sons Funeral Home, Princeton, WI and Derek Reser of Kuehl Funeral Home, Gillett, WI
His favorite quote: ”And Shepherds we shall be for thee, my Lord, for thee. Power hath descended forth from Thy hand; our feet may swiftly carry out Thy commands. So we shall flow a river forth to Thee, and teeming with souls shall it ever be. In Nomeni Patri Et Fili Spiritus Sancti.” The final part of this prayer is in Latin. Its translation is, more or less, “In the name of the Father, of the Son, and the Holy Spirit”

Joyce Lockstein, 92, Gillett, passed away peacefully with her family by her side, Thursday, September 27, 2012. She was born August 28, 1920, in Green Valley, WI, to the late Halfton and Hilda (Rudie) Framness. After High School, Joyce joined the U.S Navy W.A.V.E.S and served for three years during World War II, she was stationed at U.S Naval Hospital, Farragut, Idaho. After the war she came back to Wisconsin and became a farmer’s wife, choosing Gustav A. Lockstein Sr. as her partner in life, they enjoyed 49 years together, before Gust passed away in 1996. In 2005, Joyce could no longer live alone and took up residence with Woodland Village at Gillett, WI. Joyce was a beloved mother, grandmother, great-grandmother, amazing cook, especially with her apple bars that held a secret ingredient made them “Scrumpdillyishus.” She loved to crochet doilies and sew dresses for her daughter’s and herself, most of the time you could find Joyce in her kitchen wearing an apron she created. She was a member of the Ladies Aide at St. John’s Riverside Church, Gillett. To describe Joyce, she was also a top notch fisherman, average huntress, a green thumb, strong Christian example, and the “queen of the farm.” Survivors include her five children; Gustav Jr. (Sandra Francois) Lockstein, John Sr. (Jean Stujenske) Lockstein, Susan (James) Zabel, Janet (Walter) Bohm and Roger (Cathlene Funk) Lockstein; 13 grandchildren; 22 great-grandchildren; one sister-in-law, Dot (Nestor) Framness in Montana. Family members preceding her in death are her husband, Gust Lockstein Sr., two grandsons Johnny Jr. and Troy Lockstein. Other family members preceding her in death are Elaine and Robert Mercer, Fern and Howard Hobright, Rupert and Ardis Framness, Nestor Framness , Chris and Emma Lockstein, Rudy and Ida Lockstein, Emma and Henry Richter, Olga and Herman Kirsch. Family and friends may call Monday, October 1, 2012 from 9 – 11 A.M. at St. John’s Riverside Lutheran Church, Hwy 32, Gillett. The funeral service will be celebrated at the church at 11 A.M with Pastor Ricky Buhrke officiating. Interment will follow in the church cemetery. Kuehl Funeral Home (920) 855-2144 will be serving the family.

Myrtle Rose Schmidt, 89, Gillett, entered into rest on Monday September 17th, 2012 in Green Bay, WI. She was born October 7th, 1923 in Cavour, WI to the late Edward Brown and Ella Stoll. On July 26th, 1954, Myrtle was wed to Walter Schmidt at Immanuel Lutheran Church in Gillett, WI. She is survived by one step-daughter Pat (John) Meyer, DePere; Five grandchildren John Meyer, Kaukauna; Molly (Mark) Scarallo, New York; Kathy (Roy) Verstegen, Kimberly; Kara Meyer, DePere; and Michael Meyer, Green Bay. Eight great-grandchildren Alexandria (Jay) Ray; Jacob and Monica Verstegen; Anthony and Abigale Scarallo; Paulette Mera; Marie Gales; and Aubrey Gales-Meyer; Two Great-great grandchildren; Six nieces Nancy; Mary; Helen Mae; Candy; Judy; and Margaret; Four nephews Joe; Russell; Jeff; And David; Other relatives and friends. She is preceded in death by her husband Walter Schmidt; five siblings Edward; Robert; Dorothy; Lester; and Laura. Myrtle had several hobbies in which she was very passionate about including bowling, sewing, and most of all cooking. She was previously an active member of the W.E.L.C.A for St. John’s Evangelical Lutheran Church in Gillett as well. She also worked for Northern Shoe Company. Friends may call from 9:30 – 11 A.M. Friday September 21st at St. John’s Lutheran Church in Gillett, WI. Funeral services will be held at 11 A.M. following visitation. Pastor Harvey Jeffers will be officiating. Burial will be in Wanderers Rest Cemetery, Gillett, WI. Kuehl Funeral Home (920)855-2144 will be serving the family. The family would like to extend a special thank you to Unity Hospice and the staff of Parkview Manor.