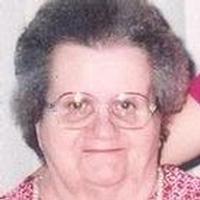 Margaret L. Severson, 87, 16546 Fawn Street, Gillett, passed away on Tuesday, July 31st, at the Woodlands of Gillett Nursing Home. She was born August 3rd, 1924, in the Town of Morgan to the late William and Eleanora Lashay (Peterson). On August 10th, 1946, Margaret married the late Orland Severson at St. John’s Lutheran Church in Green Valley, WI. Margaret is survived by one daughter, Sharon Biever (Gerald), one son Frank Severson, one sister, Pearl Gilbertson (Jack), a sister-in-law, Lena Severson and several nieces and nephews. She is preceded in death by two brothers, Gary Severson and Kenneth Lashay, One sister Dorothy VanHoof, and her step-father Frank Wendt. Friends may call from 3 to 5 P.M. Thursday August 2nd at Kuehl Funeral Home, Gillett, WI. Funeral services will be held at 5 P.M on Thursday August 2nd at Kuehl Funeral Home. Pastor Harvey Jeffers will be officiating. Burial will be in Bethel Lutheran Cemetery, Green Valley, WI. Kuehl Funeral Home (920) 855-2144 will be serving the family. 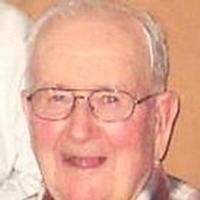 Charles W. Gilbertson, 87, N7190 Larsen Rd. Cecil, entered into the arms of the Lord on Sunday July 29th, 2012 at his residence. He was born April 8th, 1925 in the Town of Green Valley, WI. Charles married Christine Gilbertson (Pockat) at Bethel Lutheran Church in Green Valley, WI on June 8th, 1946. Together Charles and Christine farmed in the Town of Green Valley their entire lives. Charles was a member of Bethel Lutheran Church where he was previously on the church council and involved in organizations and hobbies such as a previous town supervisor in the Town of Green Valley, the over the hill club, dart ball, outstanding senior citizens in the Shawano County fair as well as the “On the farm breakfast” in Shawano County. Charles also had a passion for auctions and collecting tractors. He is preceded in death by his parents William and Pauline Gilbertson, two sons Dean Gilbertson, and Charles S. Gilbertson, a daughter Connie Hansen, a granddaughter Tanya Gartner, and a sister Margaret Hicks. Charles is survived by three sons Dennis Gilbertson (Amy), Duane Gilbertson (Bev), and Steve Gilbertson (Brenda). Also surviving Charles are three daughters Audrey Ellen, Deb Ambrosius (Richard), and Becky Gartner (Fred), as well as a daughter-in-law Colleen, one brother Donald Gilbertson, and two sisters Carol Hansen and Charlotte Prahl. Charles was the proud grandfather of numerous grandchildren and great grandchildren. Friends may call from 4-8 P.M. Wednesday August 1st, at Kuehl Funeral Home Gillett, WI and from 9-11 A.M. at Bethel Lutheran Church. Funeral services will be at 11 A.M. Thursday August 2nd at Bethel Lutheran Church in the Town of Green Valley with Pastor Bill officiating. Burial will be in Bethel Lutheran Cemetery, Town of Green Valley. Kuehl Funeral Home (920)855-2144 will be serving the family. The family would like to extend a special thank you to Charles niece Sharon Dingeldein, four granddaughters Christine Ambrosius, Ashley Gilbertson, Amy Jo Bergner, and Lydia Ambrosius and his daughters who were with Charles around the clock during Charles last days of life . Also a special thanks to Deb and Ann from Unity Hospice care. He will be missed greatly by his two favorite partners Laddie and Reno. 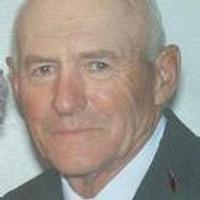 Orville A. Ladwig, 89, 6701 Weber Lane, Gillett, passed away on Wednesday, July 11th at Sharpe Care Nursing home in Oconto Falls. He was born April 10th, 1923 in the Town of Underhill. On September 7th, 1946 Orville married Edna Ladwig (Stelzer) at the Immanuel Lutheran Church in the Town of Gillett. He is a member of the St. John’s Lutheran Church Riverside. He served as director of the Oconto County Farm Bureau. He was the Suring and Cecil Green Valley shipping association director. He is preceded in death by his parents, John Ladwig and Minnie Bubolz. Also preceding him in death is one brother Ervin and two sisters Evelyn and Irene. He is survived by his wife Edna Ladwig and two sons, Richard Orville (Susan) and Dennis Ervin (Louise). Orville was the proud grandfather of 7 grandchildren, Nathaniel, Melissa, Keith, Kyle, Jonathon, Allison and Kriston. Other survivors include a brother-in-law William Meyet, several nieces and nephews and many wonderful relatives and friends. Friends may call from 1 to 3 P.M Saturday July 14th at St. John’s Lutheran Church Riverside. Funeral services will be held at 3 P.M on Saturday July 14th with a luncheon to follow at St John’s Lutheran Church Riverside. Deacon Michael Zamzow will be officiating. Burial will be in Immanuel Lutheran Cemetery, Gillett, WI. Kuehl Funeral Home (920) 855-2144 will be serving the family. 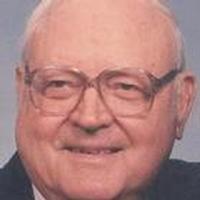 Marshall L. Peterson, age 92 of (Stark Rd) Shawano passed away July 7th, 2012 at Woodside Manor. He was born May 24th, 1920 to the late Louis and Nora (Ericcson) Peterson of Gillett, Wisconsin. Marshall served in the Army for four years and then married the late Dorothy Peterson (Pierret) on December 10, 1945. He was a member of the Gillett Legion #300 and the VFW 8314, Gillett. He retired from Northwest Engineering after 26 years of employment. He was a member of the United Methodist Church in Oconto Falls. Marshall is preceded in death by his wife Dorothy Peterson, one brother, Myles Peterson, and three sisters, Rosalie Berg, Mildred Severson, and Viola Engebretson. Friends and family may call from 9 a.m to 11 a.m on Saturday July 14th at the Oconto Falls United Methodist Church, 165 N. Farm Rd Oconto Falls, WI. The service will begin at 11 a.m and will be officiated by Pastor Jerry Cho, with a committal prayer to follow. Kuehl Funeral Home (920) 855-2144 is serving the family. Special thanks to the staff of Woodside Manor in Green Bay for your help and kindness. A memorial has been established in Marshall’s name.